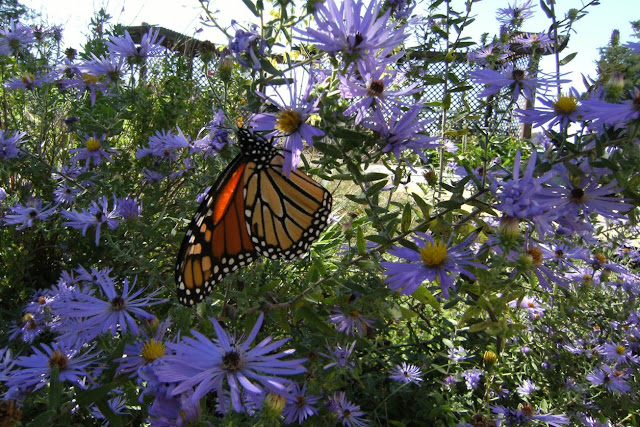 While I was waiting for the cat to come eat today, I saw a group of butterflies flitting from one flower to another. There were several colors and sizes, but of all the photos I took, these are the only ones that turned out. They were quite camera shy. 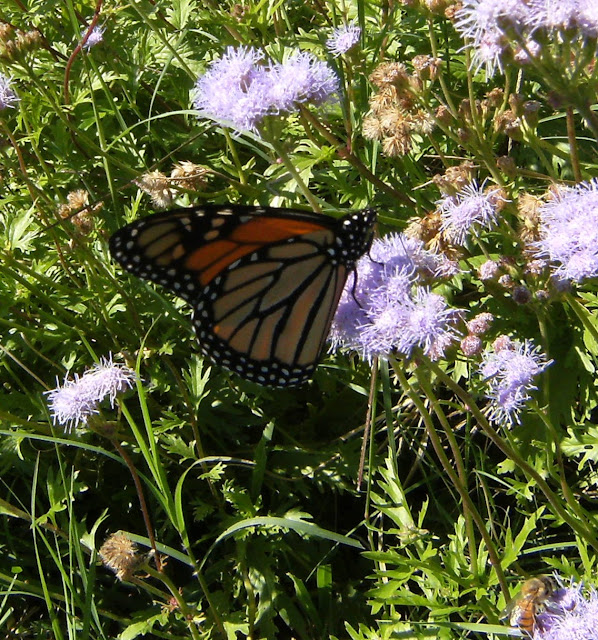 I followed the monarch from the aster to the blue mist, and caught this other guy on the lantana (which is really blooming, just no blooms in this picture). If anyone knows what kind this one is, please let me know. 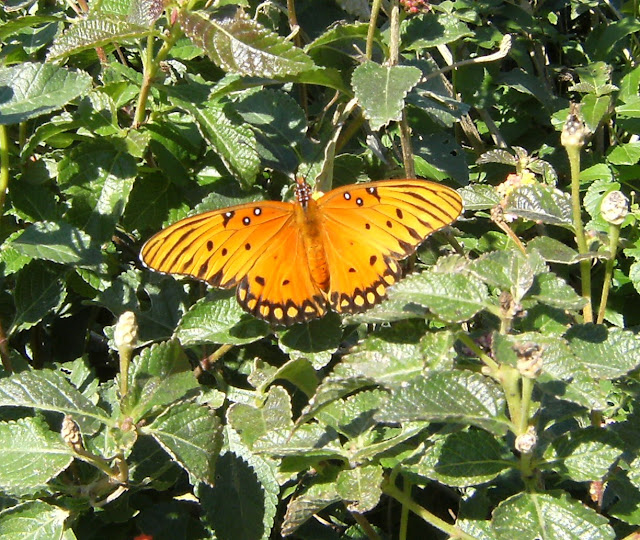 Afterwards I was admiring my red oak tree which is turning a lovely shade of russet, when I noticed that my Yellow Bells aka Esperanza (Tecoma stans) is finally blooming. I transplanted it last year and it has NOT been happy. I was about to give up on it when I noticed two clusters of blooms, kind of ironic since its leaves are turning and falling off. 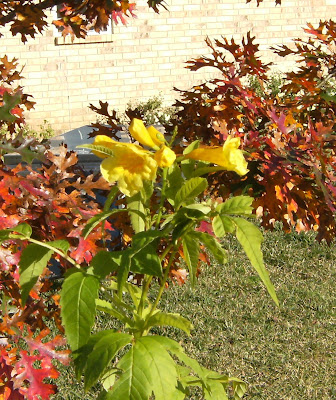 Then I walked around the corner and once again heard the squeaky toy sounds of startled frogs jumping into the little critter pond. 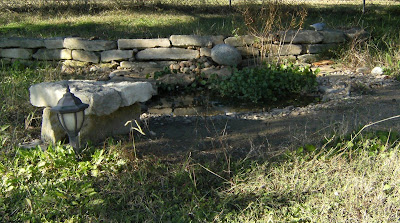 I also startled a little rabbit who jumped a few feet and then sat still as if he thought he could blend in with the grass. 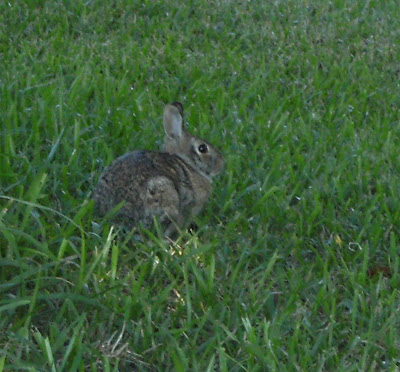 Then the neighborhood stray cat sprung into action and scared off the rabbit, but he's a pretty lazy cat and didn't give chase.

You know those silly people you see on tv with their dog, and the person is trying to convince you the dog is saying "I love you" or something equally ridiculous when the dog is just making ordinary dog noises? Well lately I've thought this cat mimics my "hello" with a hello of his own. You know you have waaaaay too much time on your hands when you hold a camera in front of a cat saying "hello" over and over waiting for him to say it back. And no, I know he doesn't say it, it's just an ordinary cat meow. I think. But I do have video. And this picture. Doesn't he look like he is trying to communicate? 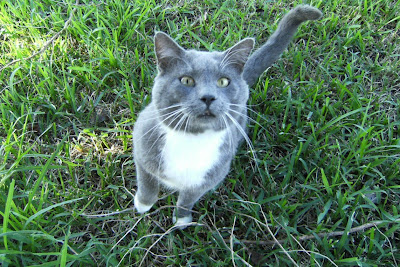 The click of the camera scared him and then he sat glaring at me for a few minutes. 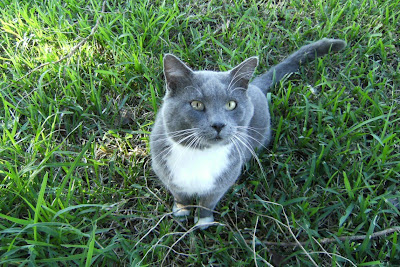 I really do have video.  This cat usually doesn't sit still for me, or even show his face during the day, so this is really unusual.

Until next time, may you have blessings and nature's joy,
Marti silly cat woman
By Marti at 04 November