It's a Beautiful Day in My Neighborhood and Other Random Thoughts

Not much going on in W-ville today. Neighbors mowing yards, people riding bikes, woman walking her dog, boy walking his goat... Yes, that's right, a boy walking his goat. I didn't catch the boy's name, but the goat's name is Paco and is a three month old show goat. His attention was on the neighbor's dog who was barking and jumping on the fence - guess the dog had never seen a goat on a rope either. 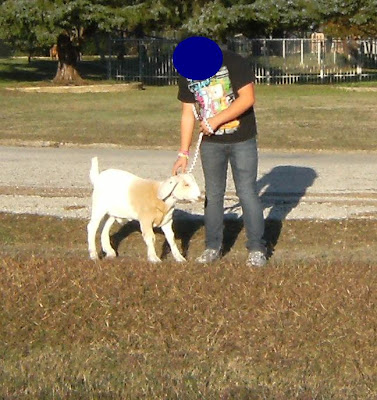 I was having one of those blah days, probably because I have been eating junk food with sugar. I know I'll pay for it tomorrow, but today it doesn't seem to matter. I'm just blah and alone and a bug bit me when I was mowing the yard. Even the cat has deserted me. KittyTom hasn't been here for two days and I have called and called and searched under all the bushes. He doesn't come to "Tom", only to "Kitty", and not in a normal tone, only when called in a high pitched voice like an alien Dilophosaurus. So my crazy cat lady title is intact in this neighborhood. "Won't you be my neighbor?" sung like Mister Rogers. Have you ever noticed that when you call a dog, it jumps up and runs to you, but a cat will just sit where it is, and when you finally find it, it meows as if to say "Oh crap, you found me"?

Speaking of Mr. Rogers, did you see the statue of him in Pittsburgh? I loved Mister Rogers. His show wasn't on when I was a child. Not only was I older when it started, but our little town didn't get PBS channels. Later I heard all the Mister Rogers jokes and satires on tv but never knew who he was. But when Brownie was about a year old, she used to crawl in bed with me in the morning and I'd flip on the tv and cuddle with her while it was on. I loved his message and the way he talked to kids, well, except that one time when he had one of his puppets say "dang" but I did forgive him later. I know, I say crap all the time and I have got to work on that. But I don't say it to children. On national tv.

Now back to his statue. I know art, especially modern art, is all about interpretation, but I just don't like this statue. It's scary, which would be fine for George Patton, but not Mister Rogers. It looks like a mud monster.

Maybe I'll change my mind tomorrow. But I doubt it.

Until next time, may you have blessings and interesting neighbors,
Marti
By Marti at 07 November