Rhonda Vincent and The Rage

Last evening, we drove over to Longview to see Rhonda Vincent and The Rage. She sings bluegrass and Hubby is a big fan. Hubby bought tickets early so we had good seats in the fourth row. Lively music and her bubbly personality made for a great show.  I can't say that I'm a big bluegrass fan but I really enjoy her shows.

Hubby planned to take pictures with his cell phone as our cells take better pictures in low light, but at the last minute I grabbed my little point and shoot camera. Good thing too as our cells didn't like shooting into bright light at all and just made white silhouettes of everyone on stage. My point and shoot had a low battery which makes it take poor pictures, but these are better than nothing and Hubby will have a photo of his beloved Rhonda Vincent. 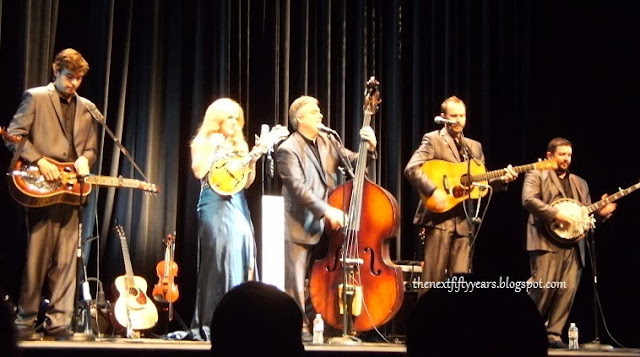 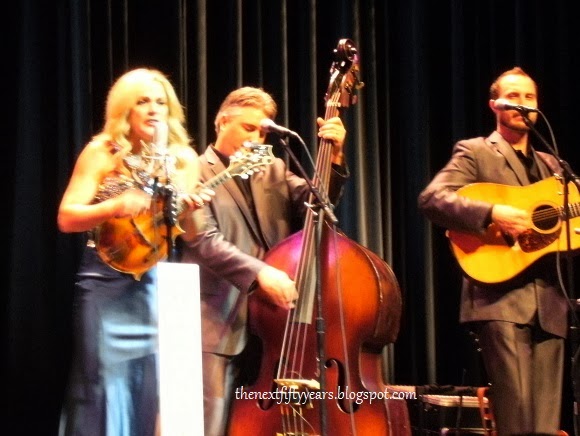 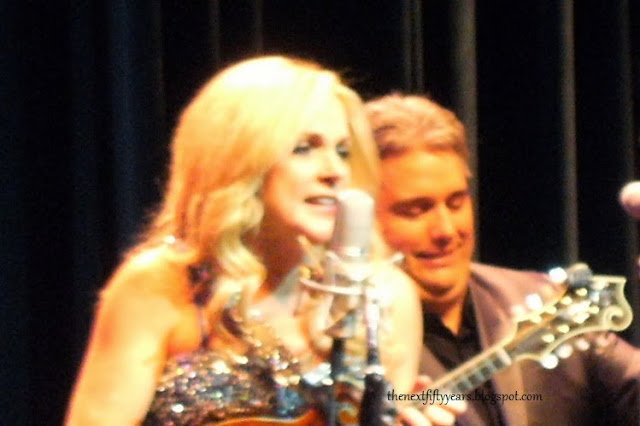 Opening for the band was a local group called The Jordans, a brother and sister duo. The concert was held at Belcher Center at LeTourneau University and  Bryce Jordan is a freshman there.  And quite talented too.  Rhonda Vincent surprised the pair by inviting them onstage to sing and play with them during the last two songs, and encouraged the young man to play his mandolin. Now that's class. 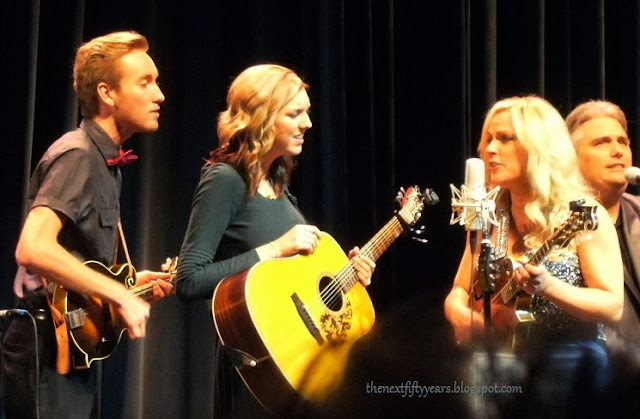 After the show, Hubby bought her new CD.  While we waited in the crowd for her to sign it and get a photo with Hubby, I noticed a trend - it was mostly husbands being photographed with her, with the wives taking the photos! Maybe us wives should get together and stand in line for pictures with all the male band members. Haha!

By Marti at 18 January