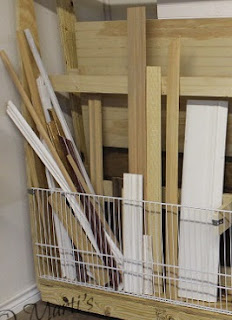 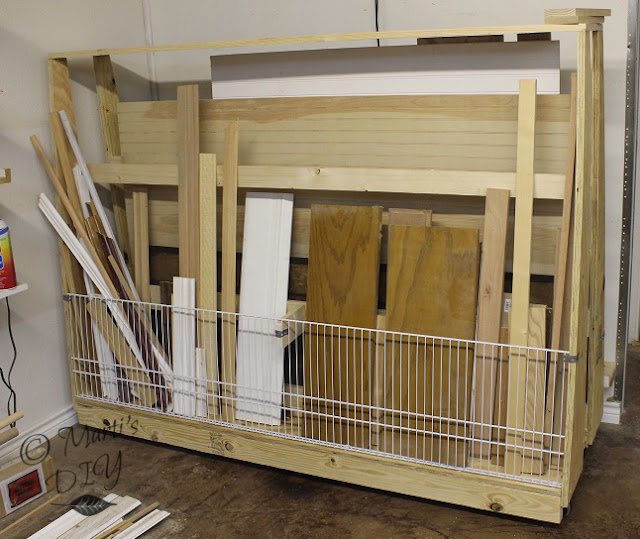 I used to have all our wood scraps on shelves, but invariably the piece I wanted was at the bottom of the stack. Having smaller pieces stored vertically would make it much easier to get the piece I needed. I also wanted a place to put leftover pieces of sheets. We don't have a lot of sheet scraps, but the ones we do have are big and in the way. Hubby put them behind the workbench, which was fine for him because he could either drag the workbench over to get them out, or lift them over the table. That didn't' work for me. So I began forming an idea of a cart with space for sheets and bins for small scraps. A cart, because we ran out of wall space a long time ago and it will have to be stored in front of something else.

There are a number of plans online but none exactly like I wanted, and many of the people who built them said they were heavy and after loading them with scraps, they were very hard to roll. So I wanted to build one that used less plywood to make it less heavy. And I wanted the bins to be easy to see into and easy to clean. So I used plywood for the base and ends, 1x4s for bracing, and wire shelving for the bins. I attached the shelving with metal strapping. I plan on dividing the long bins with the strapping as soon as I see how big they need to be. 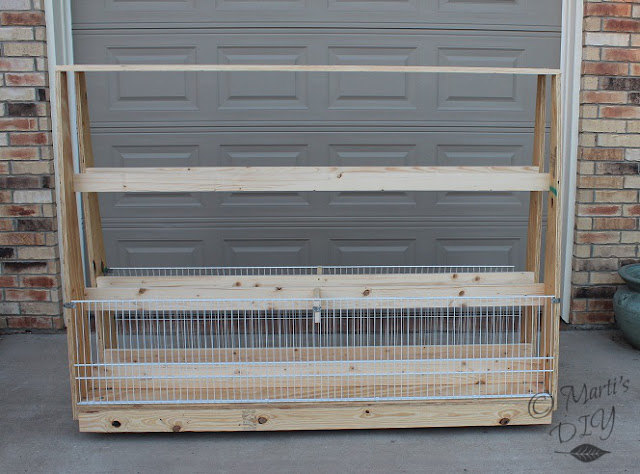 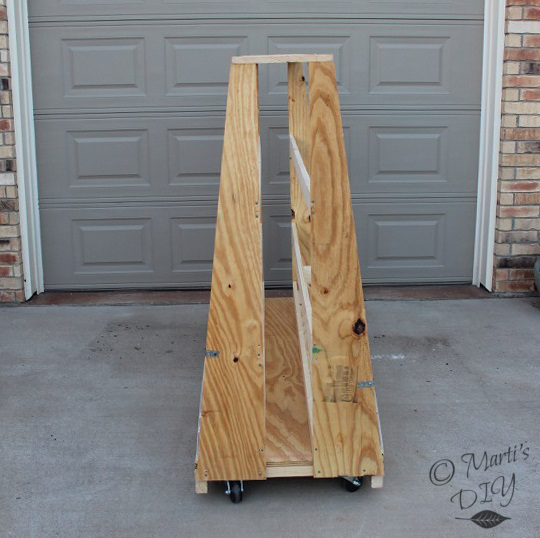 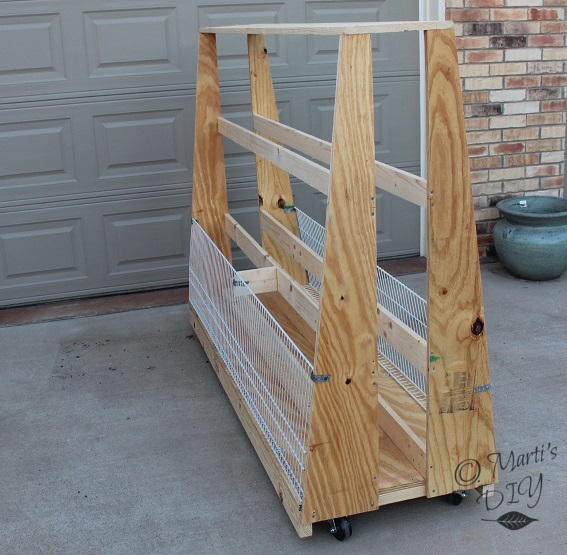