I think my cat is a masochist. He thinks he is a martyr. 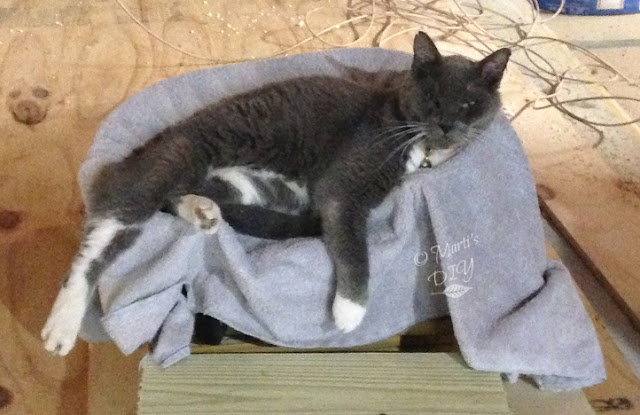 This is not the face of a happy cat. This is his accusing look. Blaming me for the too small, too hard, and too uncomfortable bed he is in.

He has a soft, cushy bed. 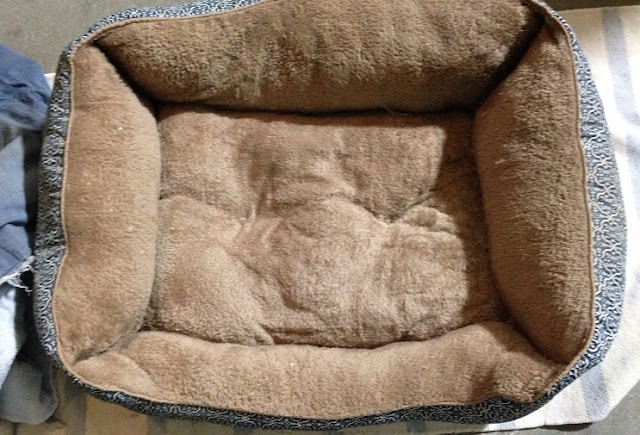 But will he sleep in it? No. He sleeps in every new box that comes in, and under boxes that are propped against another box. He sleeps on the rug in front of the door so he can see us from all directions. He sleeps inside the coiled garden hose. He sleeps on an uneven pile of lumber. But he won't sleep in his bed. So it was no surprised to see him sleeping in this tub that had been in the pond for a year and smelled like pond scum. I threw a rug in it to make it more comfortable, and then he wouldn't sleep in it anymore. 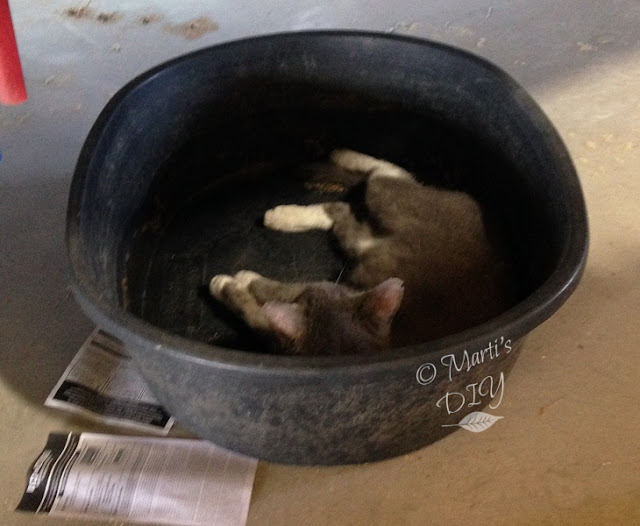 He likes to be wherever we are working, regardless of the noise or mess, so it should have been no surprise to find that he had made himself at home in this container. It is right in the middle of the room we are insulating. 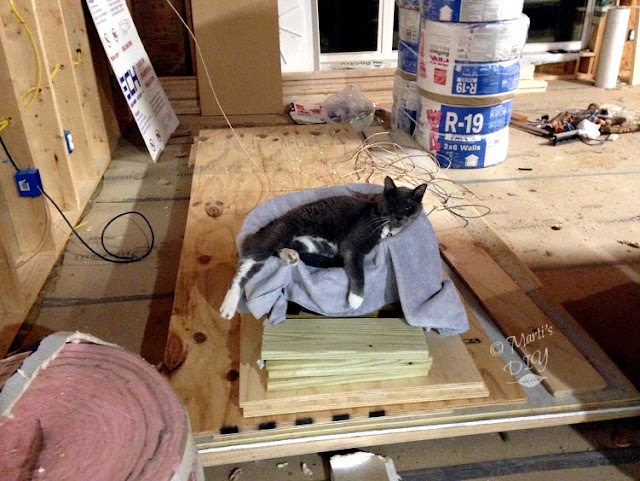 It looks a little like a cat bed, but it isn't. It is a cast iron hibachi that I put on some wood to flatten it, and I put a towel over it to keep the dust and cat hair from sticking to the oil on it. 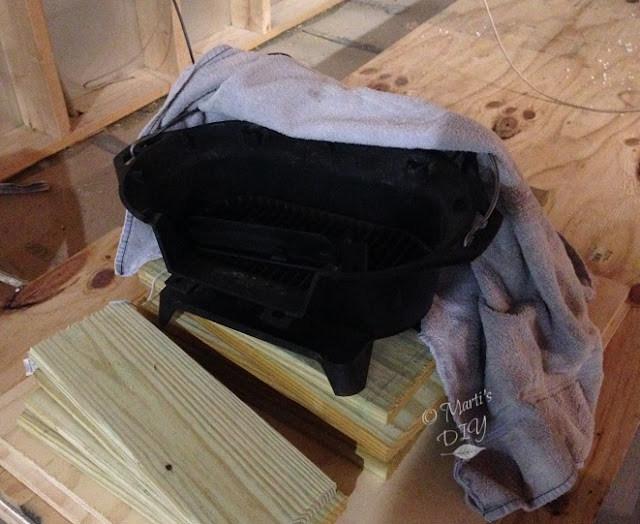 It can't be comfortable, and not just because it is iron. See the middle? The damper is in the middle of the hibachi, sticking up right where Buddy's lying. 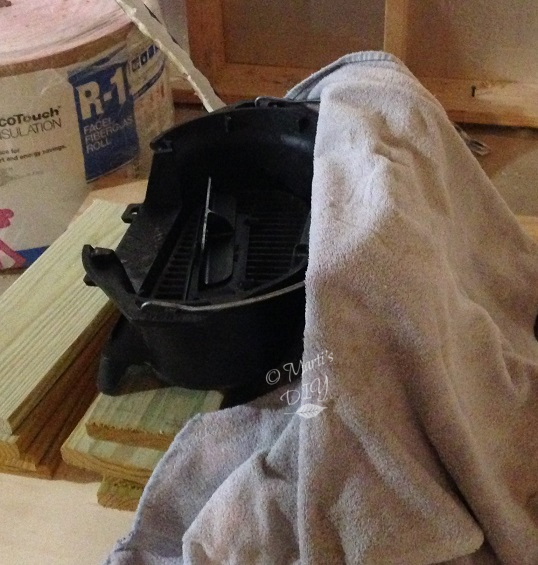 After I took these pictures, I moved the damper to the side and covered it back up. Then, I put a chair cushion on the floor for him to sleep on. When I came back through the next time, he was back in the hibachi. Silly cat.

Linking to:
Feline Friday at Comedy Plus

Email ThisBlogThis!Share to TwitterShare to FacebookShare to Pinterest
Labels: Buddy-T.-Cat