A few weeks ago, someone left this cart beside our driveway. It was the evening before trash day and they probably wanted it to go out with our trash. 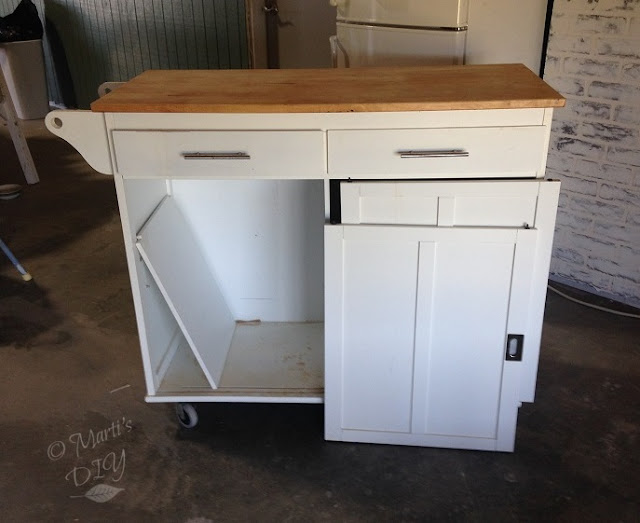 But I saw that it had wheels and took it in to remove the wheels. Turns out, it was the same height as our table saw and I used it a few days as a feed table for the table saw to cut some whole sheets of plywood. Just as I was about to take off the wheels and haul the cabinet back to the end of the driveway, Hubby mentioned that we might use it temporarily for garage storage. I've built a few cabinets for the garage, but no drawers yet. After looking it over again, I thought it might work in a spot I wanted to use for cooking in the garage.  I needed to make a narrow cabinet to fit between the refrigerator and freezer.  Earlier in the summer, I built a dutch oven cook table, but I didn't want to leave it outside all the time even though it was built out of pressure treated wood.  Instead, I wanted to store it under a counter in the garage so it wouldn't take up good counter space. 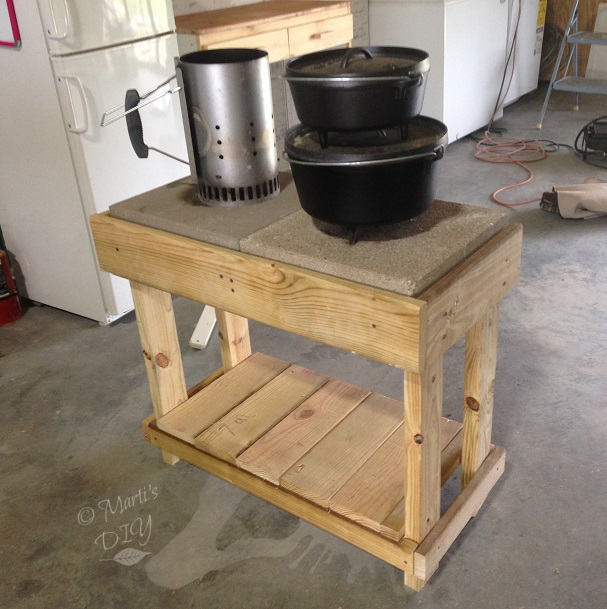 With the wheels off, I needed to build a new base for the cabinet, and since I wanted my dutch oven cabinet to slide under it, I needed take off the base anyway. The cabinet was completely made with mdf except for the thin butcher block top and drop leaf.  I started by taking everything apart and refinishing the butcher block top.  I used the two shelves in it to build a new base and reinforced with some scrap wood, and used the old base to make stretchers across the back. Then I refaced the cabinet with some scrap pine. I probably should have rebuilt the drawers as they are fairly shallow, but for now, I just built new drawer fronts. Attached to the wall, it is sturdy. 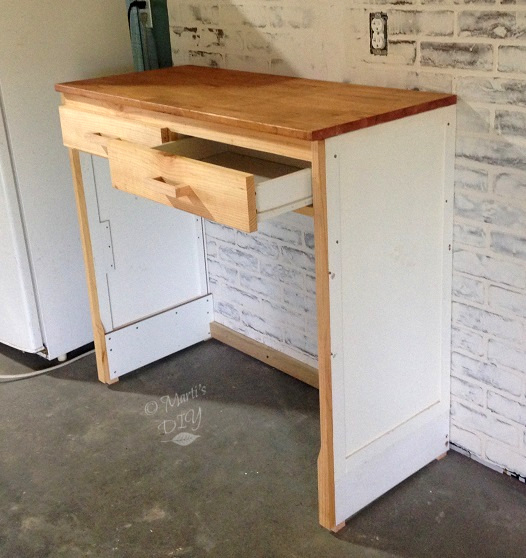 With my rebuilt drawer fronts, the original drawer screws were too short. When I tried using longer screws, I found that the original screws were metric. At first, I thought the cabinet was from Ikea, especially with the metric screws and being made of mdf, but I didn't see anything like it on their website. It probably came from Target or Walmart. It looked like something that had to be assembled by the buyer with a hex key. Since I didn't have any screws with the right threads, I decided to buy new pulls instead of new screws. Until I found some, I just made some pulls out of scrap. Later, I found some cute pulls at the big box store with the same spacing.  The dutch oven table fit under it with the concrete pavers removed. 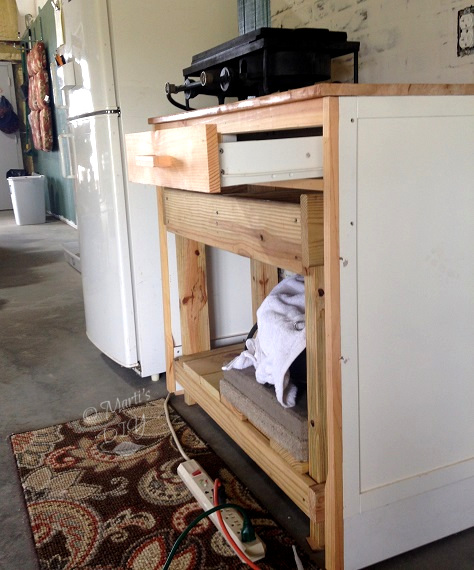 With a curtain held in place with tension rods, and cabinets on both sides, no one will ever know it's not built of solid pine. 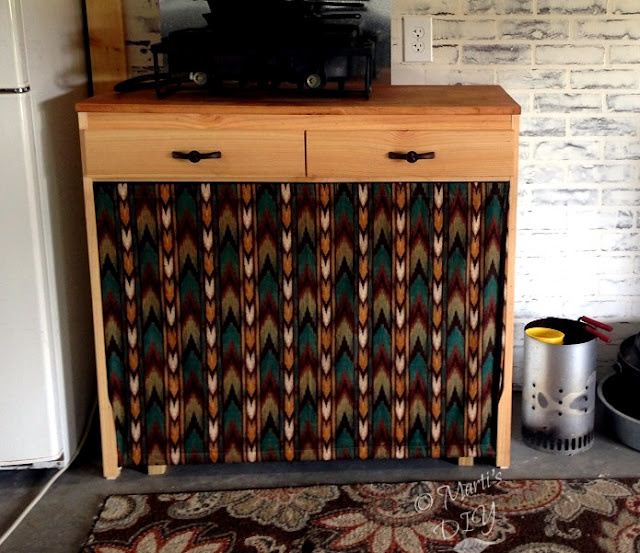 I used the attached towel holder and some of the leftover shelf scraps to build a new towel rack but I haven't finished that yet.  I made a shelf above it to hold eye wash and first aid supplies and then I cut the John Deere logo with a scroll saw.  Since the wall is a blue green, I didn't want to paint the shelf green and let Hubby pick the color.  It looks good against the wall.  Eventually, it will go on the wall to the left of this cabinet.  But that wall hasn't been painted yet. 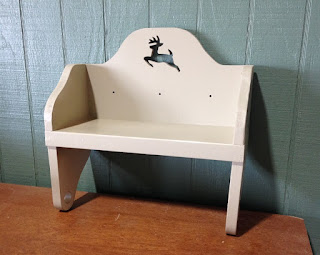 After the cabinet was finished, the only leftoever pieces were the doors, the butcher block leaf, and the wheels.

Email ThisBlogThis!Share to TwitterShare to FacebookShare to Pinterest
Labels: Furniture-Makeovers