I like to take pictures of ranch gates that catch my attention. I think I need a bumper sticker that says "I Brake For Ranch Gates". Some photos were taken with a good camera and some with my phone.  Some in good light and some in the worst possible light.  But when I'm driving down the road and spot a gate, I have to take it as it is.

Some of these photos are of the gates, but some are of something beside the gate, like in the first photo. The gate doesn't look like much, but I had to stop for the hay bales. 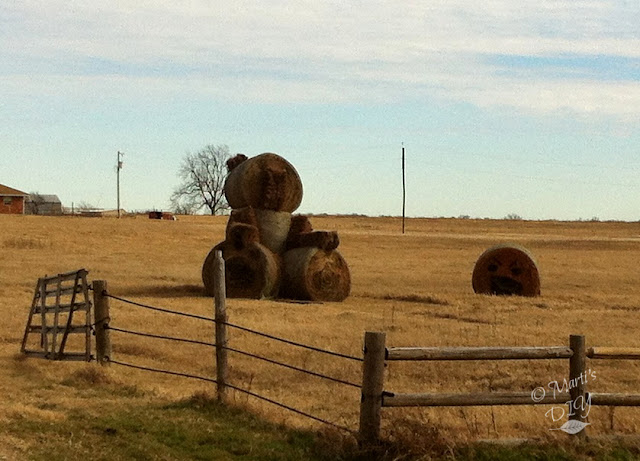 The next one was near Caprock Canyons State Park.


The one below was between Caprock Canyons SP and Amarillo. (I think.) Not only is the name just funny, but the gate is near the bottom of a huge red rock AND it is at the bottom of a canyon. 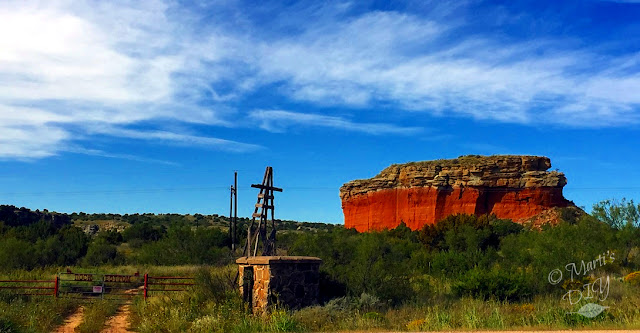 I'm pretty sure the next ranch was on the same road near the top of the canyon.

The gate to this next one was nothing special, but you know I had to take a picture of the sculpture behind it! 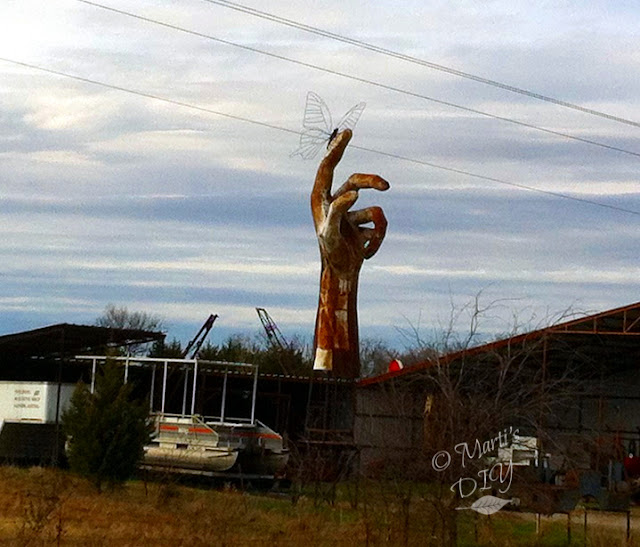 I'd really like to know the story behind the naming of the next one.

I looked up the one below, and the ranch name seems to be a play on words with their real name.  Great name, whether it's FeelGood or PhilGood.

The next one isn't funny, but Hubby stopped the car without my asking, so I had to take a picture of it.

I just read that this is a blog hop, so I am going to post the Linky here.  Hope it works.

By Marti at 05 February