A quick update, for anyone wondering.  In August, I had strabismus surgery to correct the placement of the muscles in my eye.  Somehow, the eye had changed position during the first surgery in 2020 and I had been getting more and more cross-eyed which made my double vision even worse.  Now my eyes look almost normal again, but I still have double vision within each eye.  So far, I've been going to one referral after another, with each doctor saying he can't fix it.  Now I'm being referred back to the surgeon who did my strabismus; I'm curious to hear what he will say this time.
This summer, we got a new cat.  He showed up in someone's back yard but they couldn't keep him, so he came home with us.  The vet figured he was about seven months old and he is a ball of energy.  It's been awhile since we had youngsters in the house, feline or human, and like most adolescents, he wants constant attention. 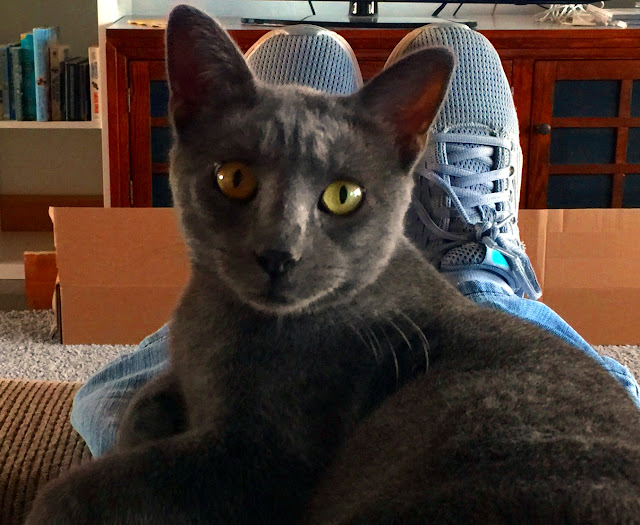 We tried to redirect his energy by building a play tower in the garage, and he loved the hammock, but that was about all.  We let him outside a few times, but he kept going further and further from the house and we have too many wild animals around us, so he is mostly an inside cat.  He is very seldom still and I thought he was enjoying sitting with me until I looked down and saw that he was really chewing on my shoe laces! 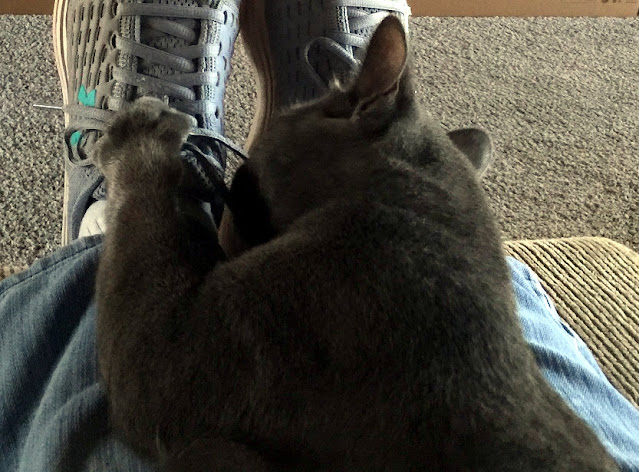 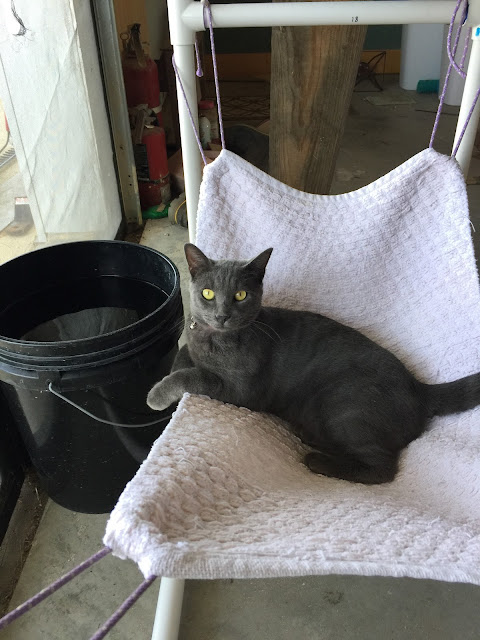 Then we built a catio which fits in the garage door opening so he can be outside when we aren't around.  He didn't go out there very often, mostly at  night.  He much preferred being where we are. 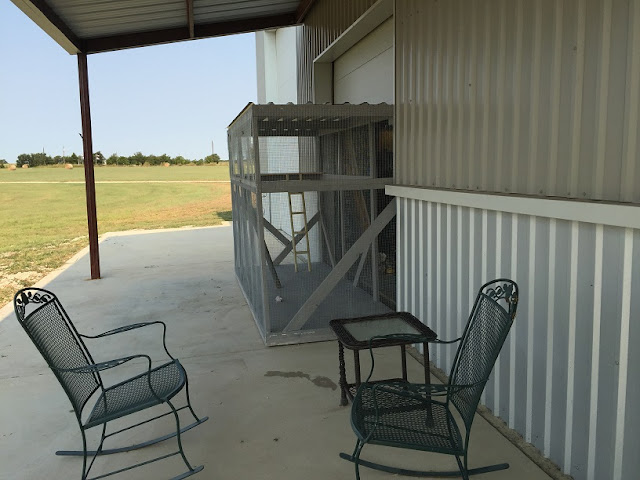 He loves climbing up and then hanging upside down.  We have a wood ladder in the garage to access the upper shelves and he loves climbing on it and taking a swipe at us when we walk by. 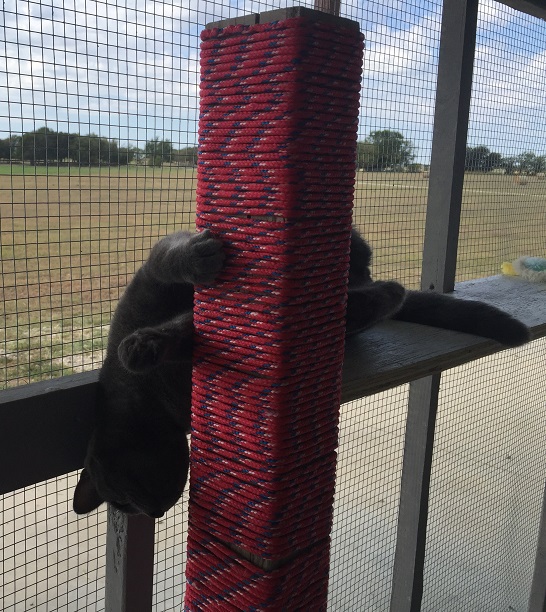 He also loves to go up to the upper shelves in the garage and has knocked down numerous items.  So far no major breakage, but that has got to stop.  We've moved the ladder and covered the ladder on the RV so he can't climb up easily and still, he gets up there.  He is a cutie, but there is something to be said for adopting older pets.  He is what my mother calls "a live wire."
I hope to be more active here as adjust to my new life.
By Marti at 01 January