I Forgot to Tell About Our Branson Trip

The four of us, Hubby's parents, and my mom went to Branson the week before Christmas. Sound like fun? It had it's moments.

The Hubster had just had back surgery the week before and couldn't sit up very long, which meant I did most of the driving, and he did most of the backseat driving. We made a pallet down the middle of the van for him, but the girls liked sleeping there better than Hubby! The drive wasn't too bad until we got to Springfield and had to take some narrow, winding roads to our condo, and it had gotten dark. I don't really see well enough to drive in the dark, but it was me or flag down a stranger on the side of the road. And there didn't appear to be any strangers on the side of the road.

So I was driving, Hubby was on his pallet doing his backseat driving while lying down and unable to see out the windows. His backseat driving consisted of yelling "slow down", "were you supposed to turn there?", "are you sure we're on the right road?" and finally, "pull over somewhere!" even though there wasn't anywhere to pull over. It was especially stressful since Mom was following and would have to pull over too, and I couldn't tell if anyone was behind her. The last speed limit sign I saw was 50 MPH which was really fast on those winding roads, but I didn't want to be the lead in a long, slow train with honking cars behind me. Needless to say, I was a tense nervous wreck before we found somewhere to pull over. Turns out I missed the speed limit sign that said 30 MPH! After that, I was having back spasms and if I could have reached Hubby's neck, I'm sure I would have had hand spasms too.

But we finally reached the condo, and all in one piece.

We did a lot of shopping but only saw one Branson show, Kirby VanBurch. His magic was good, but the second half of his show was a play that wasn't great. We also went to Silver Dollar City, and saw two shows there, a gospel group, and the play A Christmas Carol. That play was great, and the set was fantastic. Even though I've seen that play umpteen times, this one brought me to tears. To top it off, at the end of the play they created snow over the whole audience.

While I'm glad we spent the time with the parents, it probably would have been better if we had gone somewhere that didn't involve scheduling events. Trying to get seven people out the door on time was a major event in itself, and when three of them moved at the speed of a herd of turtles, all the walking was a bit much.

The Christmas parade at Silver Dollar City was great and the light show synchronized to Trans-Siberian Orchestra's Wizards in Winter was fantastic. Our condo was nice too, so much better than staying at a hotel. The best night was when we turned the lights down in the condo and celebrated Christmas with our family with the lights sparkling on the lake beyond our balcony. 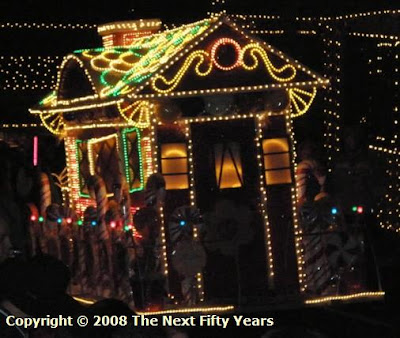 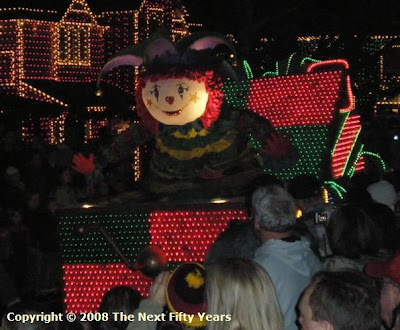 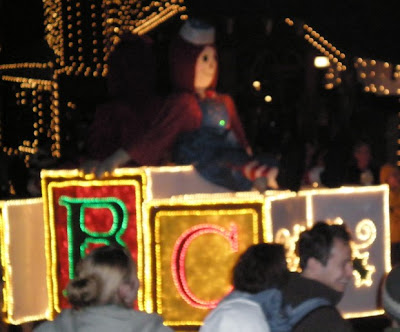 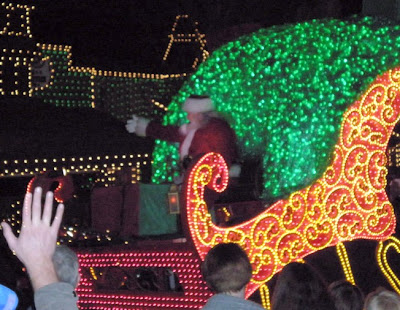 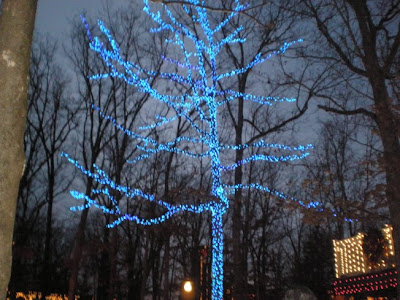 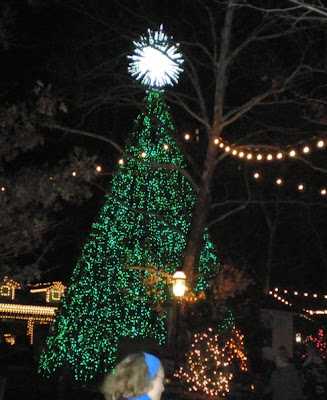 Until next time, may you have blessings and enjoyable family vacations,
Marti
By Marti at 07 January

Yawn! Need to Get Motivated

This is the time of year when everyone else is making resolutions, jogging on treadmills, weighing every morning, and ridding their life of clutter. I must be in an alternate universe where the new year hasn't arrived yet. I do have a couple of goals that Hubby will probably hate. In fact, I truly believe he will dig in his heels and balk when and if I bring it up. Of course, if it somehow becomes his idea, or if anyone besides me suggests it, it will be a wonderful idea. Funny how that works.

Resolutions that only involve myself are the usual lose weight, declutter, find myself, blah, blah, blah. It's not like I have to start a diet, just stay on the one I already started, so no big adrenelin rush there. I am surprised I didn't gain weight during Christmas, because I did indulge. Now that that is over, maybe I can actually lose some weight and a jean's size. Now that would be a rush!

Until next time, may you have blessings and resolution,
Marti
By Marti at 06 January