When I was a little girl walking home from grade school, I once found a four-leaf clover in someone's yard. The patch of clover was so big that it was growing over the curb and there it was, standing out from the rest of the clover leaves against the concrete background. I was so excited that I spent the next thirty minutes looking for another one, but didn't find one. Because I was late getting home, my worried mother was not pleased. Despite searching every bit of clover in our yard, I never found another one until the one on Wednesday, and it too was standing out from the others.

Imagine my surprise when I found another one yesterday when I bent over to pick up something.  It was on the edge of the plant and standing a little higher than the other leaves.  I left it there to show Hubby and resisted the urge to search for more. But you know what happens when I find two four-leaf clovers in the same patch? Every time I was near the patch, I glanced over and thought I saw another one. Part of it was my double vision. But I had to take a closer look each time. No, it was just a clover with a split leaf. Nope, it was two clovers entwined. No, it was a clover with a folded leaf. After wasting at least another thirty minutes, I told myself not to even look over there.

Later in the afternoon, I was getting ready to dig up the clover (it's in the way of my new garden and patio) and lo and behold, another four-leaf clover right where I was going to put my shovel. By then, I thought this clover patch must not be regular three-leaf clover, but I examined every clump I dug out and didn't find another four-leaf. So the moral of this story is that you just waste time searching for luck. When it's time for you to have it, it will be right there in front of you.

I'm going out to work on my garden beds again now and clear out the rest of the clover and I. Will. Not. Stop. To. Search. It.

This Must Be My Lucky Day! 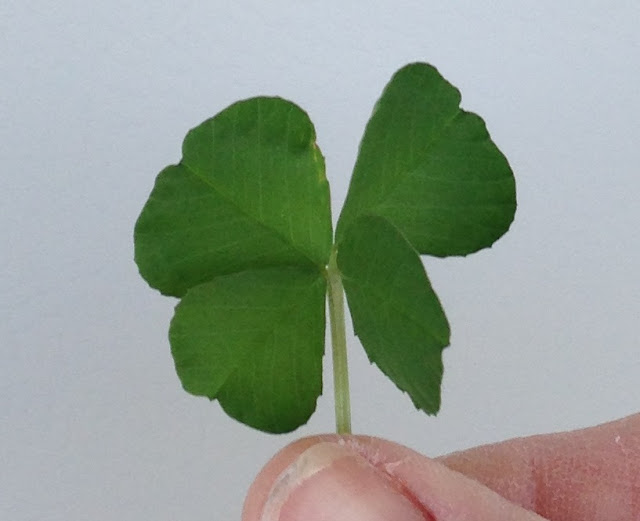 We had absolutely beautiful weather today and I finally got to get outside and start working on my garden beds. After unloading all the 2x8s, I started measuring and putting in stakes for my string line and when I bent down to hammer in the stake, there was this four-leaf clover right in front of me! What are the odds? Well, the odds of finding a four-leaf clover in a patch of three-leaf clovers is about 1 in 10,000? I really should have washed my hands and put on some hand lotion before taking that picture, but I was working!

I don't have any pictures of my garden project. I didn't make as much progress today as I had hoped and boy am I sore. I hate digging and I especially hate digging in wet clay. Tomorrow is supposed to be warm and very windy, and being a big ol' wimp, and probably a sore wimp tomorrow, I may take the day off.

Tramp and the Turtle 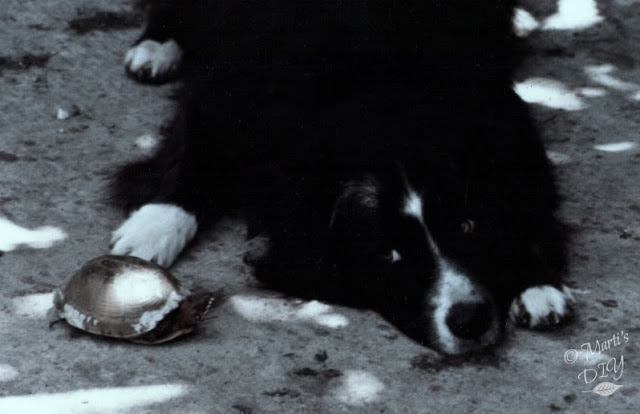 Tramp was our first dog and probably the best dog we've ever had. He didn't know what to think about this turtle that wandered out of the yard.

Linking to:
Aw Mondays at Comedy Plus

Email ThisBlogThis!Share to TwitterShare to FacebookShare to Pinterest
Labels: Photography 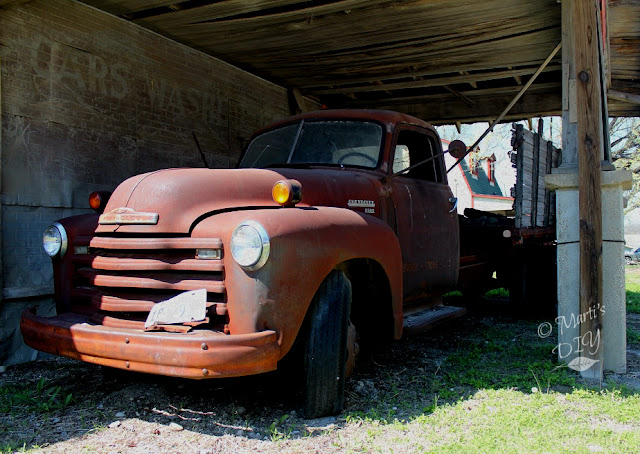 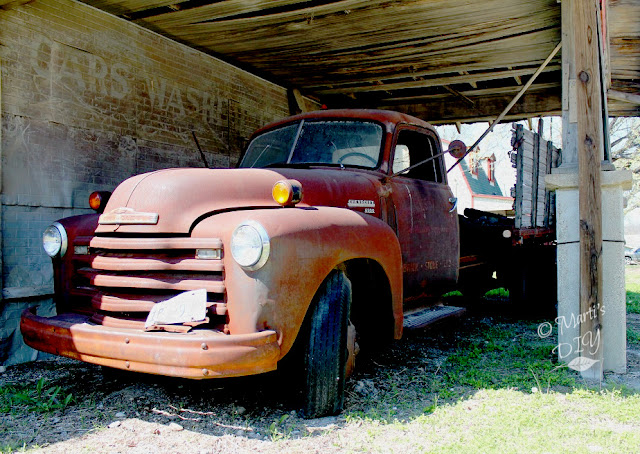 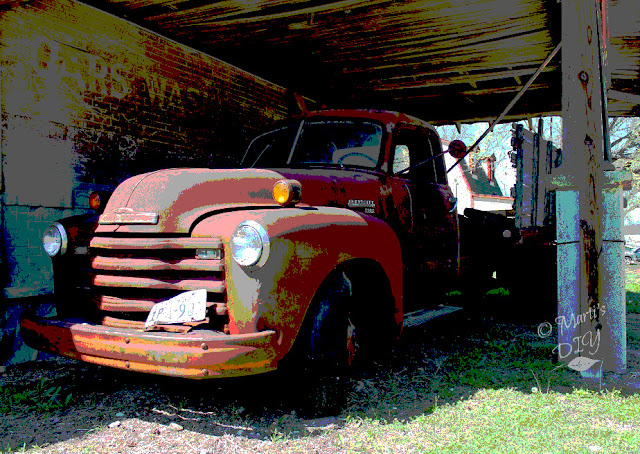 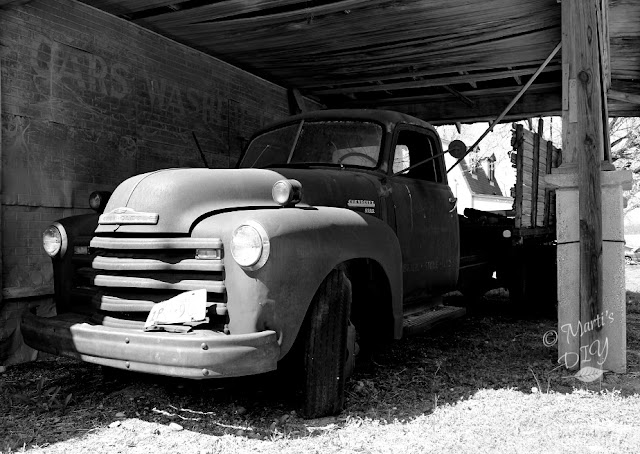 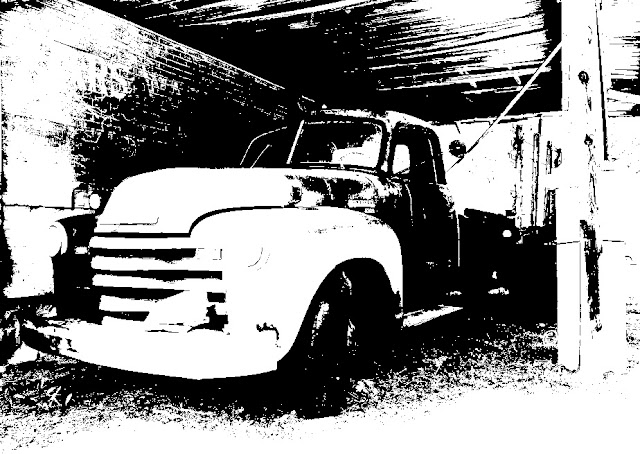 Email ThisBlogThis!Share to TwitterShare to FacebookShare to Pinterest
Labels: Photography

The Martins are Back and They Are Not Happy

A pair of birds sat on top of the Martin house which was lowered to the middle of the pole.  Every once in awhile, one of them would fly around the house and look through the bird holes, then come back to the top of the house.  The only time I can truly identify a purple martin is when they are flying, with their wings silhouetted against the light blue sky.  These were staying too close to the house.  They could be martins, or they could be starlings.  Starlings are evil.  They are the Captain Hook to Peter Pan and Tinkerbell.

With binoculars, I finally saw that they were martins, and they didn't look happy.  We haven't been watching the Purple Martin Scout Arrival Study, and weren't prepared for their arrival.  Our martin house is still down and not in shape for their unexpected arrival. The winter wind had pushed a couple of the doors in, sparrows had started making nests in the other nesting boxes, but mainly, the martins were upset because the house wasn't at the top of the pole.

When I went out to see if I could pull it up, they whisled an alarm and flew a safe distance away watching me. I couldn't get the house up, the ropes twisting around the pole all winter until they are knotted above the house. So now the pair is gone. The wind is blowing 20-25mph right now but is supposed to calm this evening. I hope we can get the house cleaned out and up the pole by dark and see martins in the morning.

Update:  The house is up and the martins are back.  Apparently they have forgiven us for not being ready for them.