I think the hardest thing about living in a small space is the lack of countertop. In our trailer, which wasn't meant to be lived in full time, there is exactly seven inches of kitchen counter space. If I'm not cooking on the stove top, I can use that space, but bottles won't stay upright on the grate, and particles of food fall through the grate and onto the burners. But trying to prep food while I'm cooking on the stove is a real pain. So I decided to make a removeable top to extend the counter space when I am cooking or prepping. It is out of the way against the wall when I need the whole sink. 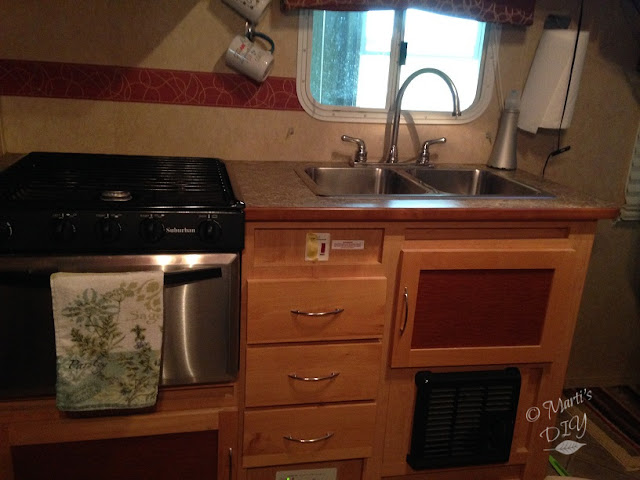 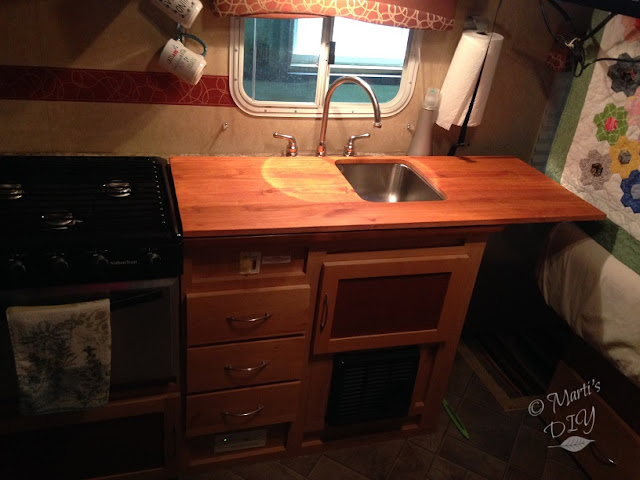 That light spot on the counter is a reflection of the light above it.

I made is using a pieced board from Home Depot similar to this one. The one I got had final thickness of 5/8". I also had to cut it down on the table saw so it's final size is 19"x48". Then I wanted to try out a tinted Watco Danish oil on it so I bought a can of cherry tint. On pine, it was kind of an orangey-red, but so is the trailer, so that's okay. I like Watco oil because it penetrates the wood and I think that helps with water resistance. I won't be using this as a cutting board, so being food-safe didn't matter.

It has not only made cooking in the trailer easier, but it is also a good place to put the Instant Pot which I use a lot to keep from heating up the trailer.