Stop Me If You've Heard This

I haven't been posting much lately, in case you haven't noticed. I also haven't been sharing much, not because nothing is going on, but because so much has been going on.

At the end of February, I had a retina tear and laser surgery to repair it. If you are a regular reader, you already know that, and that the retina specialist told me I am high risk for more tears. But, he said everything looked good at my one month exam, so we breathed a huge sigh of relief and prepared to get on with our lives. Then, just a couple of weeks later, I started having a lot of flashes in that eye. So the next morning, it was back to the retina center. My usual doctor wasn't in that day, but the doctor I saw said that there was scarring growing over my retina, called a macular pucker, and it was pulling on my retina. He said that sometimes happens after laser surgery, but sometimes it stops on its own, and if not, there was a surgery to remove it. But he wanted me to wait three more weeks to see if it would stop.

Sounds simple, right? The assistant gave me a brochure that described the procedure. Basically, they drain the vitreous fluid from the eye, peel the scarring from the retina and then refill the eye with saline. And of course, there is an increased risk of retina detachment during the procedure. And that is for normal people. I'm already high risk so it was going to be a very risky surgery. I was scared to death, and anxiously waited out the next three weeks before seeing my regular doctor. And I prayed. A lot. I think there was some begging going on too. I didn't tell anyone except my best friends from high school, and my mom of course. Hubby knew because he went in with me and he lost sleep worrying with me.

At the appointment, my doctor said the scarring had not not spread much in the last three weeks. He didn't know if it stopped or just slowed, but said for now, he doesn't recommend surgery.  He said he will leave it to me to see if I have surgery later.  I blurted out that no! I didn't want to have the surgery.  He smiled and said no, that he will leave it to my eye to determine if I have to have surgery later.  Drats!

The scarring that is there causes lines to look wavy, printed letters run together a little, and little dark objects on other dark objects are impossible to tell apart. Little dark objects like fire ants in dirt. I used to be able to see them on the ground to know where to step or where NOT to put my hand when pulling weeds, and now I can't see them until they are on my hand. And if you know fire ants, you know that that is just too late. Hand sewing is also difficult, especially on black or dark fabric. The work I've done lately probably doesn't look very good, but hey, I can't see it so it doesn't bother me.

So that's one big thing. The other is that Hubby changed jobs. Same company, just different division. He had been after this job for several months and was beginning to lose hope, but then they finally decided to fill it and Hubby was their first choice before they even started interviewing. He just started this month and has been doing a lot of overtime with paperwork and training, but it should get easier in a few months. There's a learning curve with every new job but he's anxious to start producing. With this job, he works from home and doesn't have to report in to any one place every day. His territory is mainly the entire metroplex area but also includes everything one hundred miles in every direction.

Those two events have made us evaluate our lives and our future. We are at the age where friends and relatives have had heart attacks and strokes, and when that happens, we always talk about some of the stuff we want to do someday while we are still able: traveling, developing a hobby, clearing the clutter, or whatever is on our minds at the time. And while there is nothing life-threatening in our lives at the moment, my eye scare made us realize that someday is now. None of us know how much time we have left, or what the quality of life will be like next year or even next month.

One thing we have always wanted to do is downsize into a house that is as maintenance free as possible and easy to close up and leave for weeks at a time. We finally decided that we are ready to sell our house and do just that. We were thinking we'd find three or four acres within thirty to fifty miles of the metroplex, and build a barndominium, or rather an rvdominium. Since Hubby isn't tied to any particular place now, we could move anywhere around the perimenter, and we thought it would be great to move north of Dallas in the Gainesville area. Then the reality of commuting in North Dallas traffic set in, and we decided that living in this area will be much less stressful, not to mention cheaper. Plus, Hubby's mother lives here and our moving would probably mean moving her too and that would be really difficult.

I always thought I would be jumping for joy and running to the car, bags in hand, if we ever agreed on when and where we wanted to move. I disliked this house from the moment we moved in - until about three years ago when we added the bright and sunny dining room and courtyard. Doing that freed space for my sewing space, and Hubby had his radio space, and suddenly, I started liking this house. Then we painted the exterior and for the first time I thought this house was actually pretty. Then, we had a couple of odd characters knocking on doors in the neighborhood, and we formed a new neighborhood watch group, and started having block parties, and ladies' game night. Now, I'm really torn about leaving. We'll still move if we can find the right place, but I'll miss this house, all the work we've put into it, and all of our great neighbors.

We've been warned that rental houses are hard to find, have long leases, and are more expensive than a house payment, so the plan is to buy some land first, and then build the shell of our rvdominium before selling this house. Then, if we have to, we can move into our travel trailer while we finish the house there. That is the last resort, the very last resort. I'm afraid that living in a twenty-one foot trailer with no counter space, very little closet space, and a dinky little bathroom will push us to our limits.

So wish us luck, pray for us if you choose, and we'll see what happens. The good thing is that I know we'll be happy now whether we move or stay. 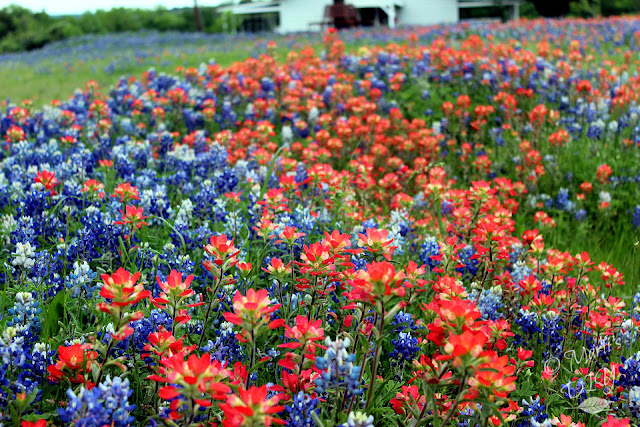 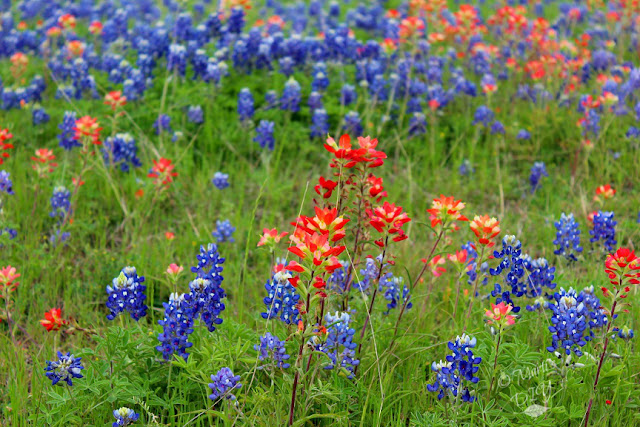 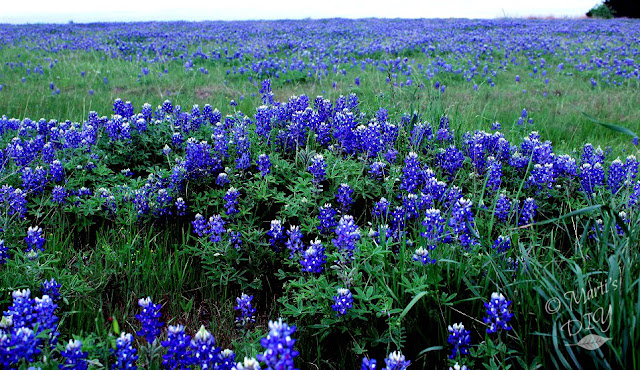 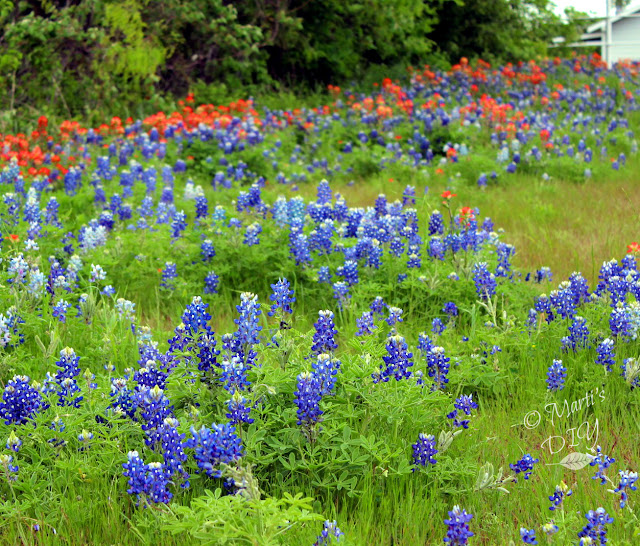 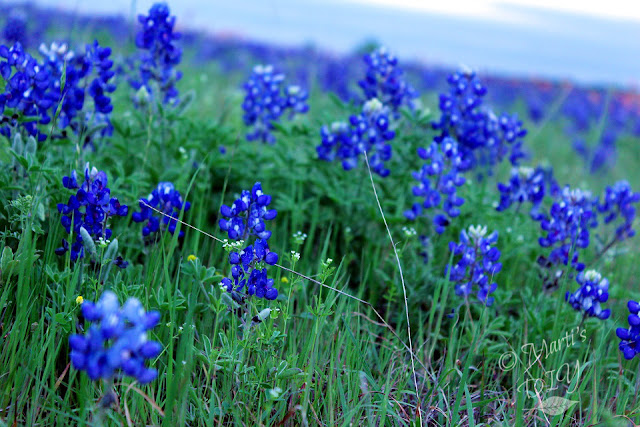 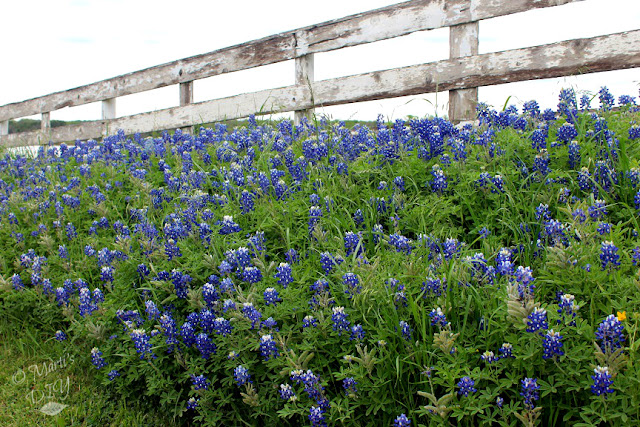 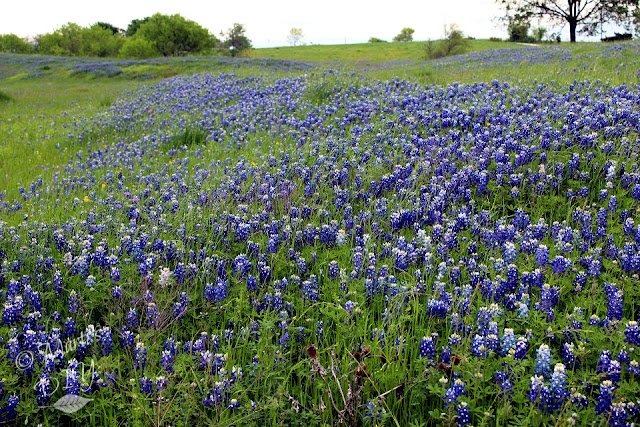 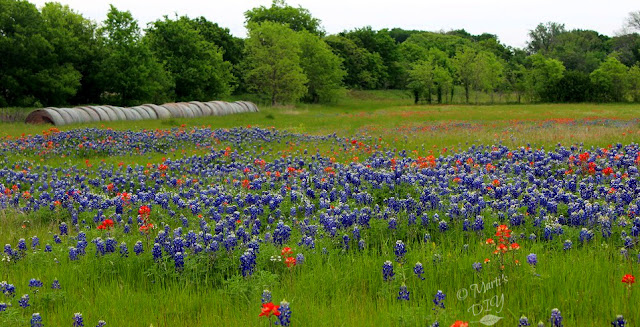 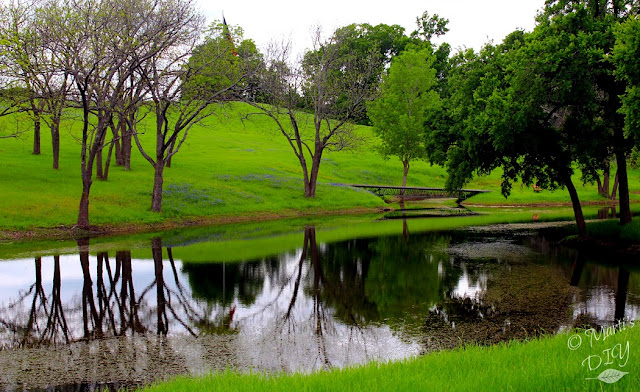 Linking to Wordless Wednesday at image-in-ing
By Marti at 18 April 8 comments:

Along the Bluebonnet Trail

Last week, a friend called and asked if I wanted to join her exploring the Bluebonnet Trail near Ennis, Texas. It isn't the best year for bluebonnets but we found some nice areas. 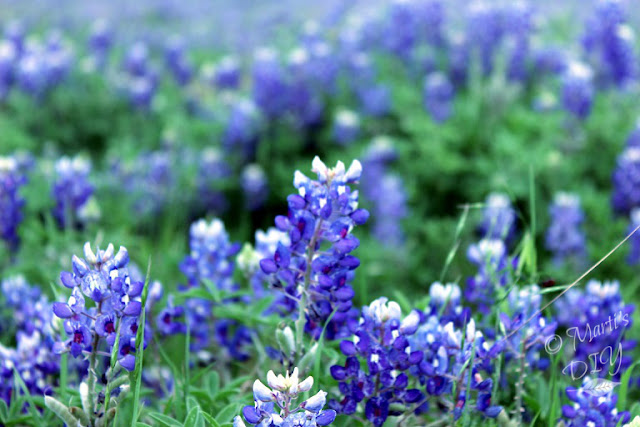 Linking to Macro Monday.
By Marti at 18 April 5 comments: