Did You Know That August is National Happiness Month?

Since mood affects health, I've been trying to make some changes in my life. August seems to be the perfect month to concentrate on happiness. I don't think I was born a pessimist, but was in training from the minute I was born. Can that be changed sixty-some-odd years later? I hope to get some tips from those of you who are naturally happy and optimistic.

Here is a list of tips to get into happiness awareness before the first of the month. 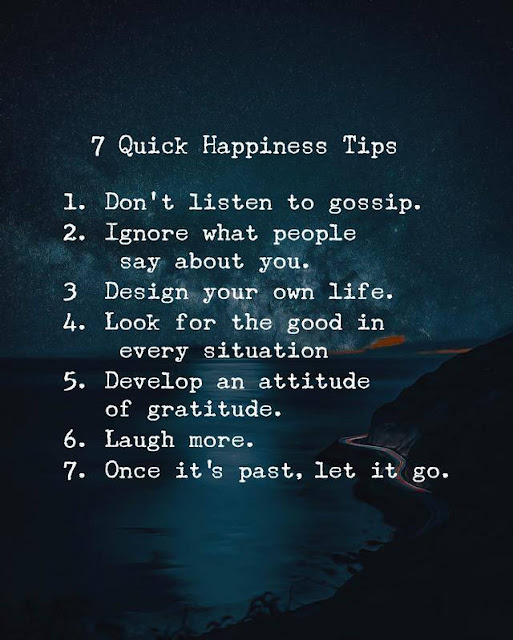 I haven't been posting because, well, no reason except being busy. So many things have happened in the last month and I think, "I need to blog about that" and then I get home and just don't do it. Day before yesterday, Hubby had eardrum surgery and we were trying to think exactly when his problems began - three years at least. If it had been my surgery, and my problem, there is a good chance I would have blogged about it and thus been able to find out when it started. So now, while he is recovering, I have a little free time on my hands and thought I'd catch up on some blogging.

At the end of June, I went to St. Augustine, Florida with my girlfriends. I had been dreading the heat, but it wasn't much different than here though one man said that week was exceptional. It had been in the 100's the week before and was only mid to upper 90's while we were there. The next week it jumped back into the 100's. I had my own little adventure at the airport during the first check-in, and we had some unwelcome visitors at the Vrbo house we rented, but we saw a few sights and ate a ton of great food.

My latest lab report shows that I am not in remission. I'm not surprised, I thought something wasn't right with the last one. I am a little annoyed with my doctor though. At my appointment Tuesday, she talked to me like I was the one who said I was in remission. I am in a couple of online support groups and I think I find out more from them than I do from her. She isn't open to any new research published by other hospitals or foundations and that is frustrating.

Right before going to Florida, I found out that I have a squamous cell carcinoma on my hand and had it cut out when I got back. I can't wait to get this bandage off my hand and hope the crater fills in by itself pretty soon. Wear that sunscreen folks!

I'm still putting together kitchen cabinets and unpacking. The unpacking isn't as thrilling as I thought it might be. I'm discovering that we packed a lot of junk when we moved. Maybe it wasn't junk to us then, but after living without it for three years, a lot is really unneeded and unwanted now. We've also got all of my mother-in-law's junk boxed up and in the way. Even though we have sworn that we will never have another garage sale, we both see that we are going to have to do that to get rid of all this.

After storing our refrigerator and freezer for three years, along with our larger furniture, we finally got them here only to find out that the refrigerator no longer worked. The people who bought our house asked if they could buy the set AFTER we had paid movers to put them in storage. So no, we didn't sell them. So we put the freezer in the space we had recessed into the wall for the set, and the noise it made kept me awake at night. So instead of buying just a new refrigerator to go with the old freezer, we put the freezer in the garage and bought a side by side. Now we have room for another cabinet, as soon as we fill in the recessed wall there. Hubby won't be doing any building until he gets the okay in about five weeks.

Besides the refrigerator not working, we found that someone who rented an adjacent unit had put moth balls in theirs and all of our furniture reeked of mothballs. Reeked. I read that leaving things out in the hot sun will get rid of the smell and it did pretty well, but there were some things we didn't want to leave outside, so we shut them in the house and turned on the heater. What kind of nut turns on the heater in Texas in May? Us. We're nuts. It worked though, the smell came out of my leather furniture and the mattresses. I thought we might have to replace them. The lesson we learned from this is that it would have been cheaper to buy all new furniture and appliances than pay to store them for three years.

There's probably more to update, but Hubby needs to have his bandage replaced so this is Nurse Marti, signing off.