This prairie dog town is next to the campground at Caprock Canyons State Park. These little guys are fun to watch as they seem to be running around not paying any attention to cars or people on the road. But just take a step too close and suddenly, they whistle an alarm and then they all run toward their tunnels. 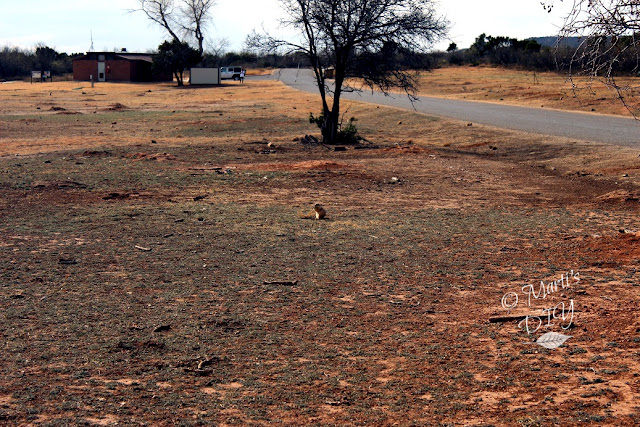 This town is on both sides of the road. What looks like lumps of clay or rocks in this picture is really lots of prairie dogs. The mounds around some of the holes are a little easier to see. Some holes are small, but others are quite large. The hole under the trash dumpster in the top right corner was so big that it looked like the corner of the dumpster could fall in.

Above is a cropped section of the same photo. See the prairie dogs now? 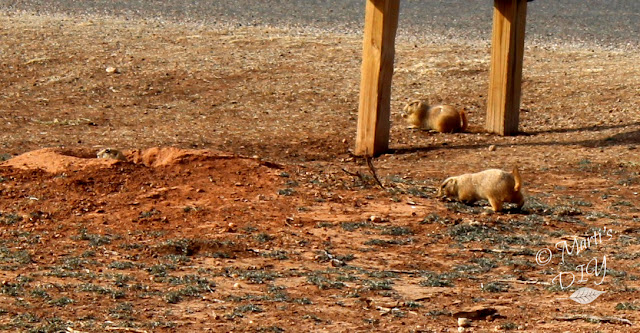 After a few minutes, they all come back out again as if nothing happened. 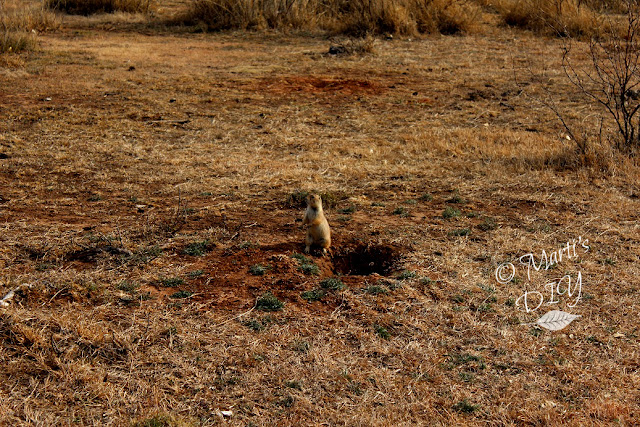 This little guy (or gal) was in an area by himself.  When he saw me watching him, he stood up and looked around like he just realized he was all alone. 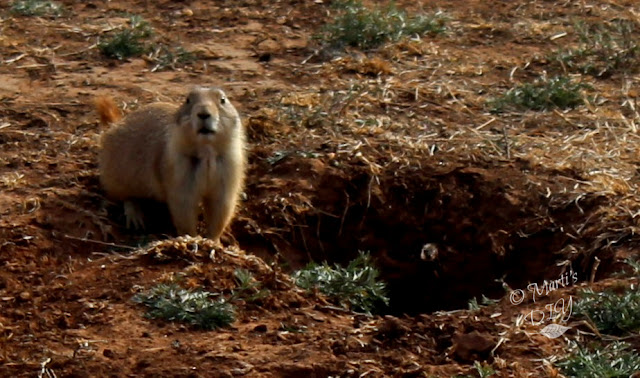 He looked like he was about to jump in his hole, but then decided to stop and watch me. 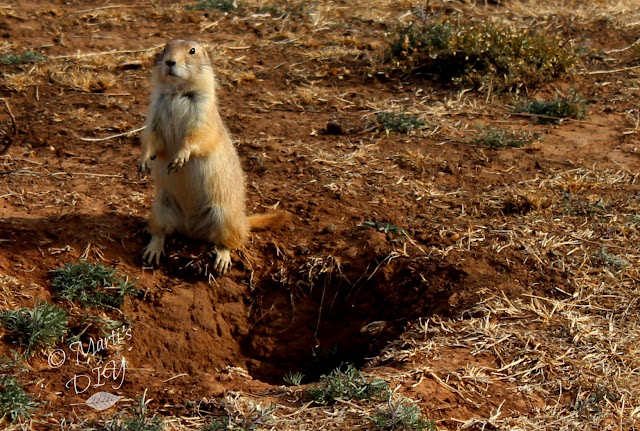 I was ten to twelve feet away and keeping as still as I could, and he sat up again and just watched me. 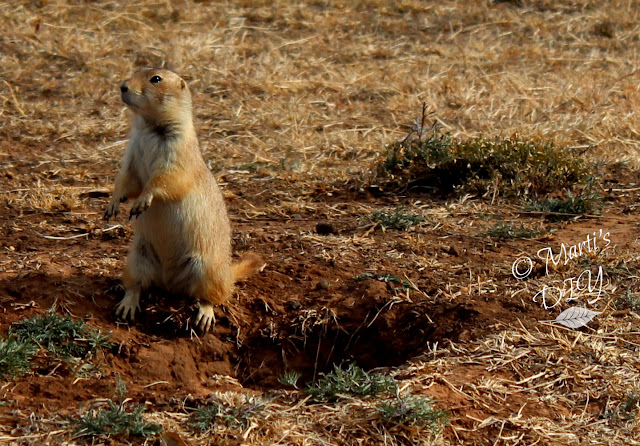 After a few minutes, he turned his head to look around a little, but he never took his eyes off of me. When I walked off, he ducked into his hole. Searching for his friends who deserted him no doubt. 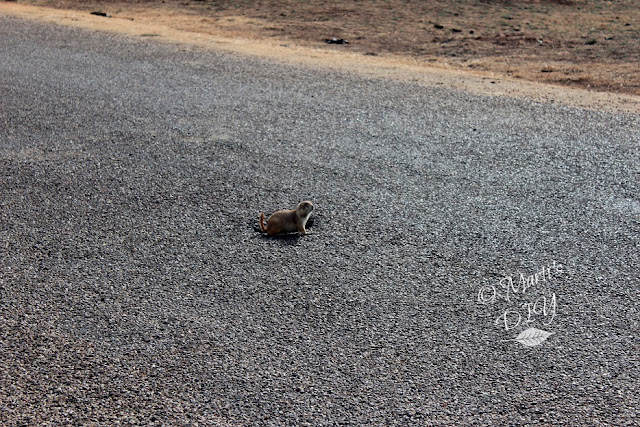 As I walked toward a road intersection to join Hubby, a startled prairie dog ran across the road. 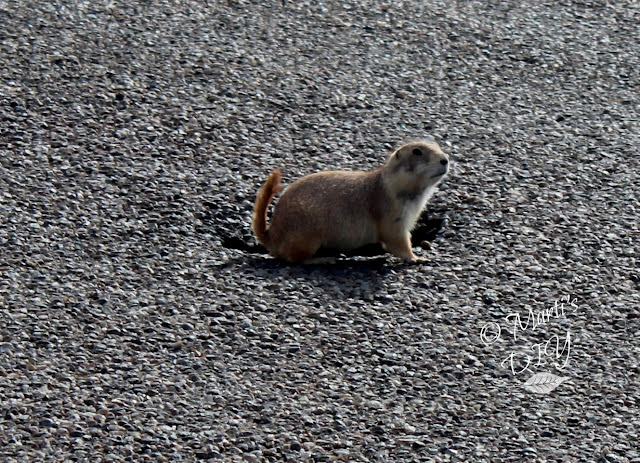 Here is her glamour shot as she stopped beside a pot hole in the road. 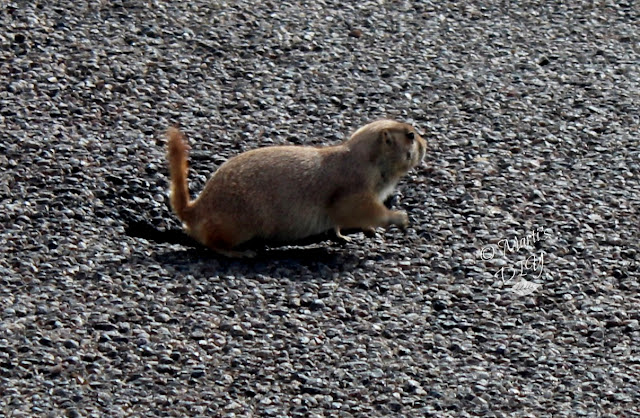 She paused for a moment and then jumped into the pot hole. We waited a few minutes, but she never came out, so we walked over to the pot hole to see if she was crouched in the bottom. 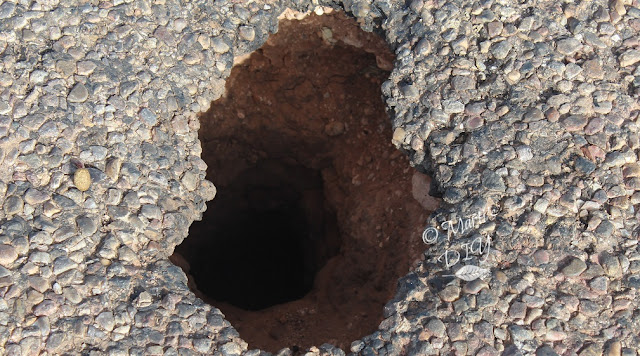 It wasn't a pot hole at all! The prairie dogs had dug through the pavement and she was long gone!

By Marti at 13 January 8 comments:

A couple of days before Christmas, we camped at Caprock Canyons State Park near Quitaque, Texas. This is my favorite camping destination. The park has a herd of wild buffalo, prairie dogs, and some pronghorn antelope. We have yet to see the antelope. This time we walked the canyon rim.

On one side of the trail is the flat plain of the caprock. 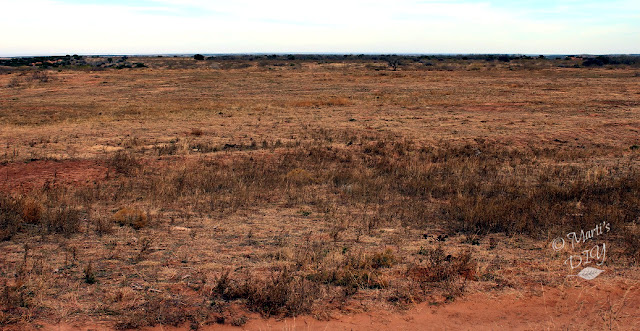 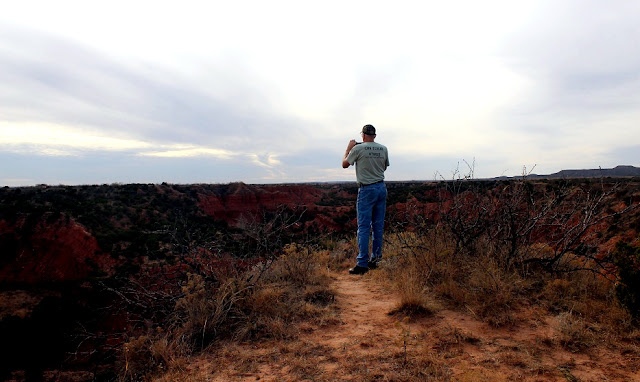 From these vantage points are breathtaking views into the canyon. 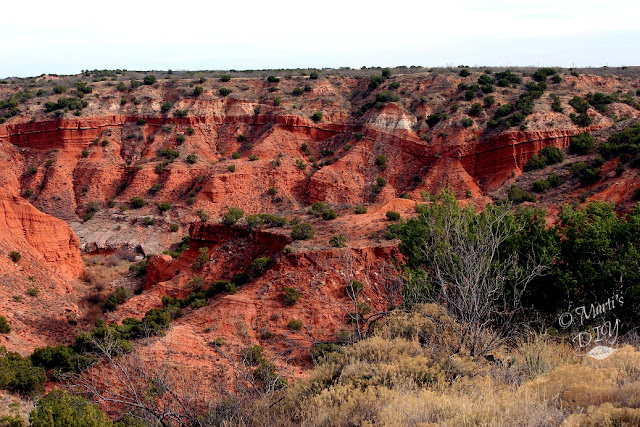 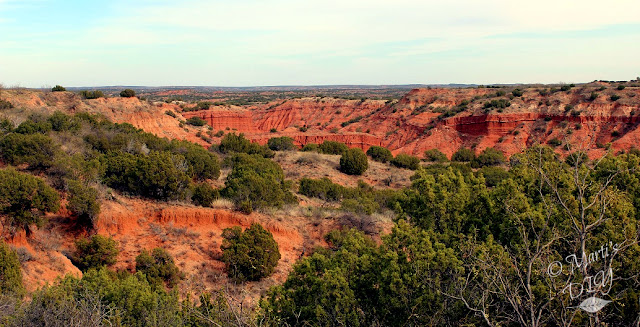 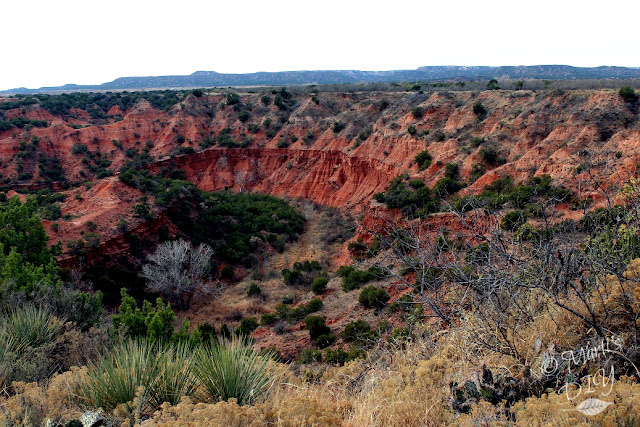 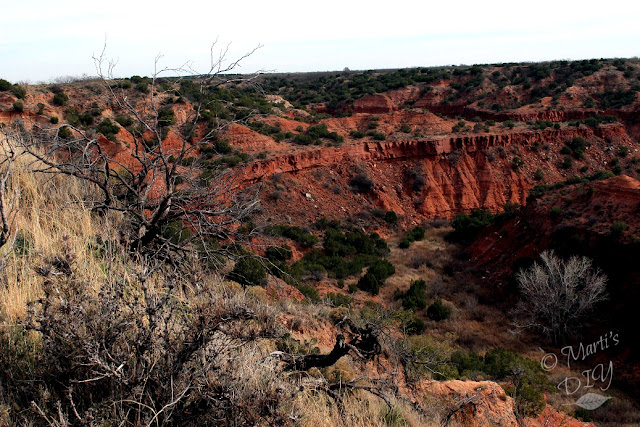 NC Sue, if you are reading this, I wanted to comment on your cotton boll pictures but can't comment on your blog anymore without joining Google Plus. I love that you grew them and got them to go through all the stages. I've always thought it was a pretty plant, but never noticed that the blooms turned pink. Driving down the road, that isn't very noticeable I guess, so I was thrilled to see it.

By Marti at 10 January 9 comments: