From the first time I saw this little chest, I knew it had potential. But first it had to do some time at college with Lil. When I got it back, I knew I wanted to turn it into my tool chest and put it in the garage until I could work on it. When I cleaned it out the other day, I found an old Bugs Bunny toy that the girls used to play with when they were little. I don't know what it was doing in the drawer, but I pulled the string and it still talks!

Before: (I forgot to take a Before photo until I had already primed two drawers) 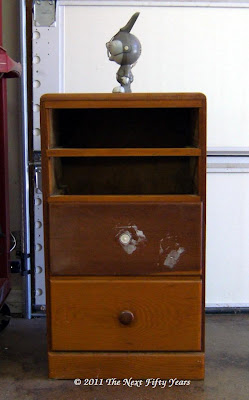 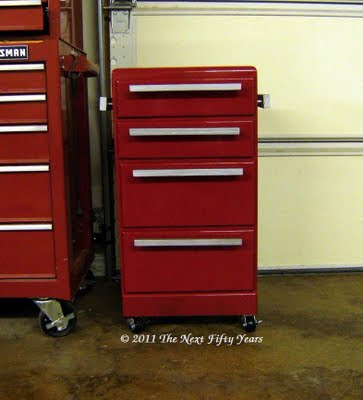 I wanted these drawer pulls:

But at almost $20 each, I couldn't do that. So I bought a piece of 1x2 oak for $6 and made my own drawer pulls and handles. I cut the oak into 10x1x1 strips, painted them silver, and used aluminum spacers to hold them away from the drawer fronts.

I also had to build supports for the wheels as there was no base on the cabinet. 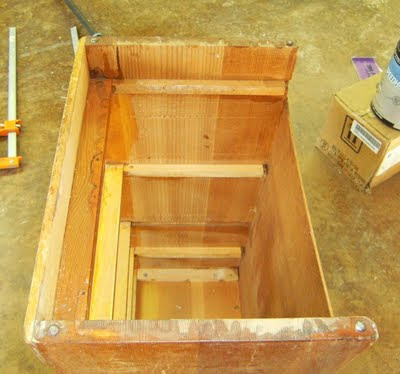 After the wheels were on, everything was painted, and pulls put on, the last thing I did was put in rubber drawer liners so the contents wouldn't slide to the back every time it was moved. 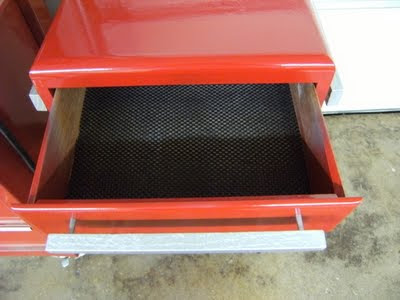 Painting it was the real challenge. I began painting the drawers outside, but the heat made the paint dry fog before it coated the surface and it looked terrible. So Hubby rigged a spray booth in the garage and I sanded and repainted everything. Note to anyone attempting to use a spray paint in a small, closed space: Don't forget to wear a respirator. Suffice to say, nose hairs are not the best paint filters. 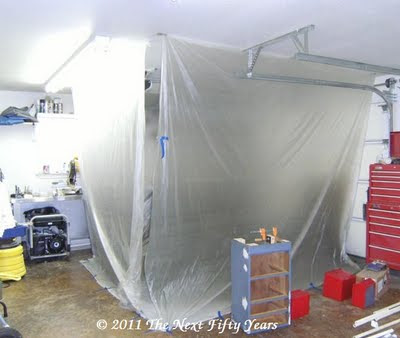 Hubby thinks I have gone paint crazy, because I also painted some metal containers I had. I intended to use these in the laundry room, but that didn't work out. But I think they'll work just fine in the garage for all that stuff that won't fit in a drawer or pegboard.
Before: (and again I already had one painted before I thought of taking a Before photo)