It Was a Cold and Frosty Day

Doesn't that sound delightful when our temperatures are hovering just under one hundred degrees? lol

Actually, it was a cold and frosty day when I took these pictures last fall, which I just rediscovered on my phone. So I thought I would share. Just looking at them makes me feel cooler. (as I chant: just a few more days, just a few more days) We did have a slight cool spell blow through on Saturday, but the rest of the week will remain in the 90's. AccuWeather still says the heat will break on September 11. I have it circled on my calendar.

Last year, at the end of November, we took a drive to Glen Rose, Texas on a day that started out cool and foggy. 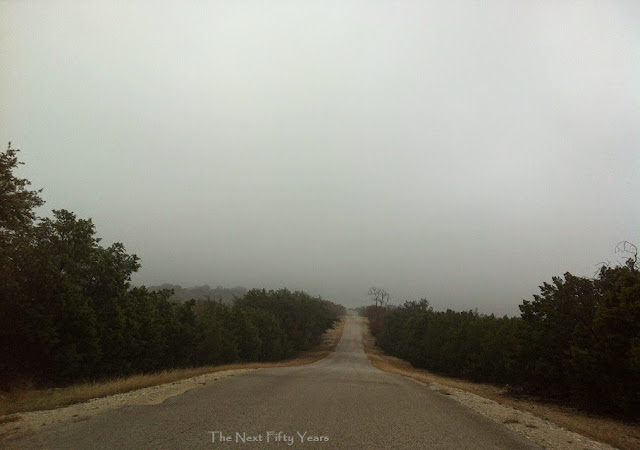 Please forgive my photos, they were taken on my phone through the window of a moving car. Hubby isn't big on stopping for photos even though he knows they will end up on my blog. He just mumbles "more blog fodder?" and drives on.

Along the highway, we saw a sign for Rough Creek Lodge. Hubby had heard about it and wanted to see what it looked like, so we turned in at the gate. A long, scenic road led to the lodge, dotted with cute signs. 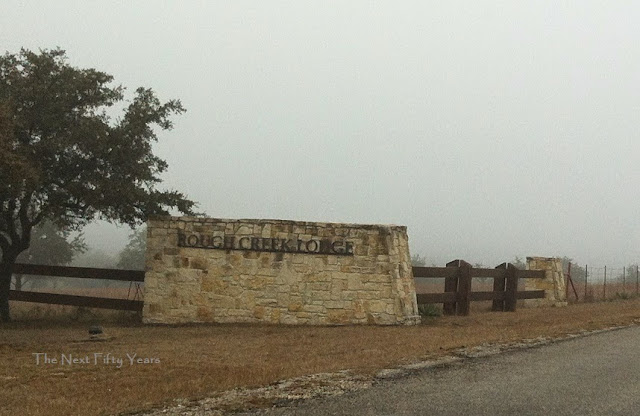 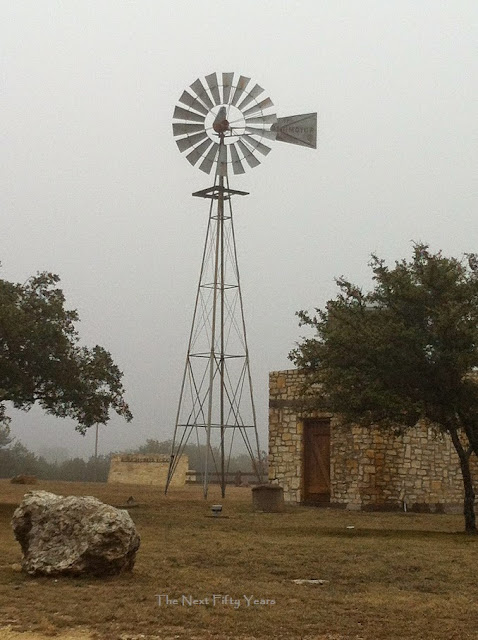 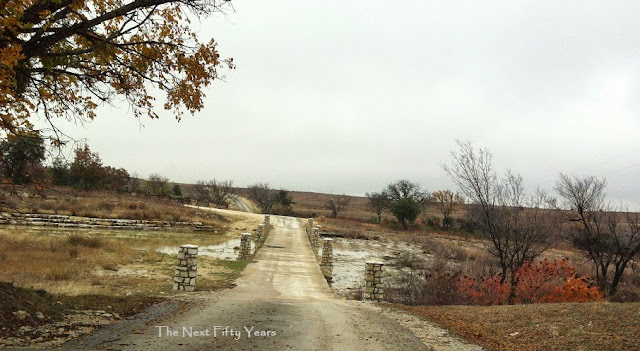 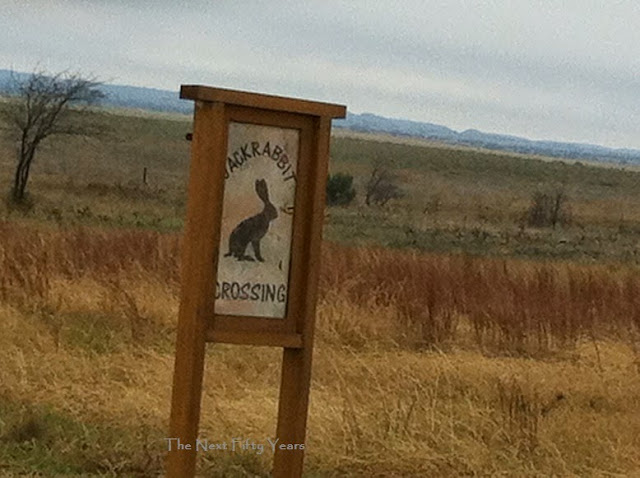 I also spotted flowers blooming on the side of the road that I think were desert marigold (Baileya multiradiata). Since I didn't see them anywhere except along this particular road, I think they were planted, especially since they aren't known to be native here. Good choice as it is nice to see blooms in late fall. 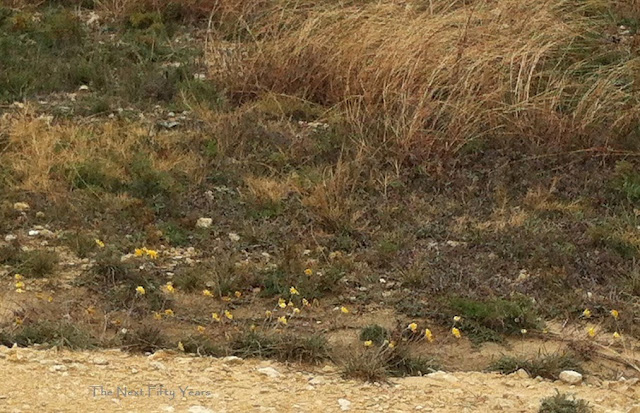 The lodge is large, with many buildings and areas for entertainment, sports, and walking. It is both a hunting lodge and vacation spot. I'd like to stay there sometime but Hubby said it is fairly expensive, so this look at the grounds is probably as close as I am going to get. There is also a chapel where many weddings take place. 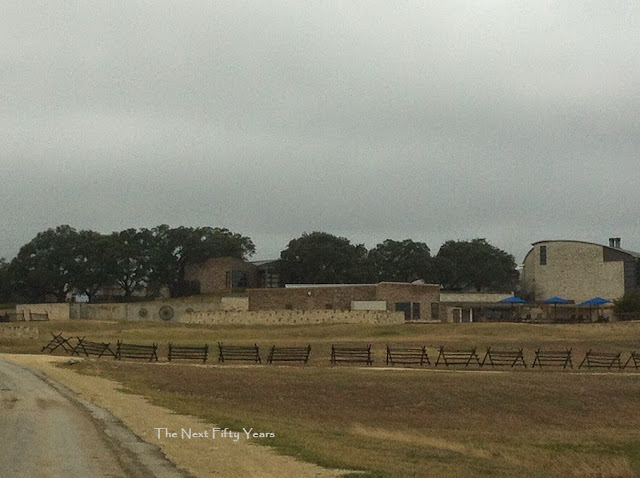 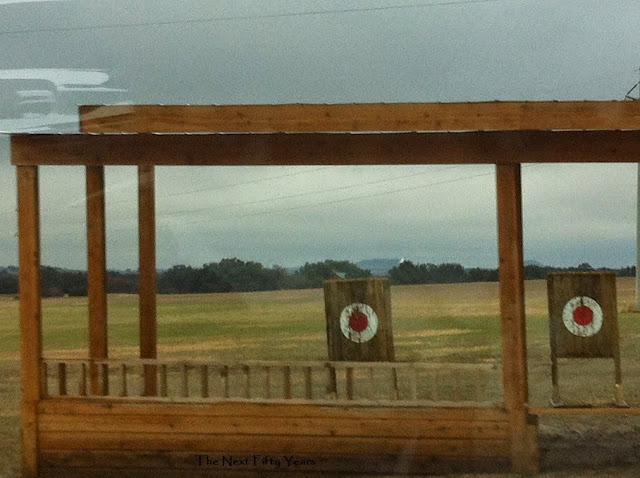 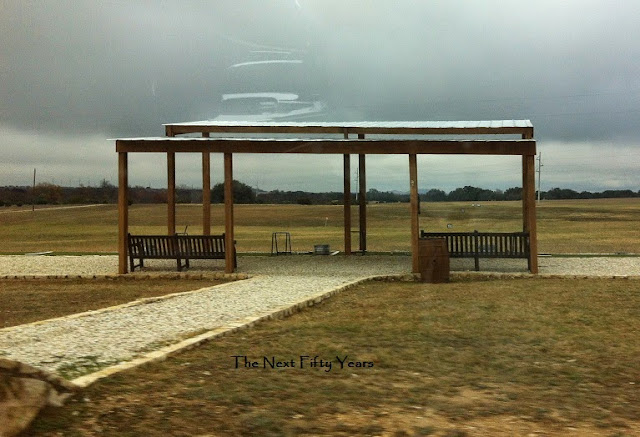 It was just after Thanksgiving, but this was still up. Isn't it cute? 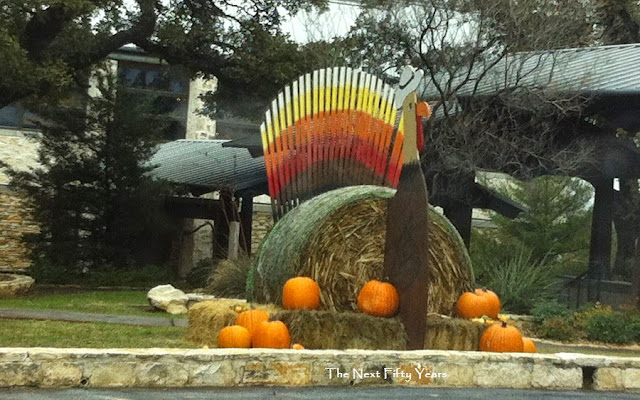 Not too far down the highway was a house with this amazing display of cow's tongue cactus (Opuntia engelmannii var. linguiformis). I'm not a big fan of thorny plants, but in the right place, cactus are beautiful. And this was the right place. 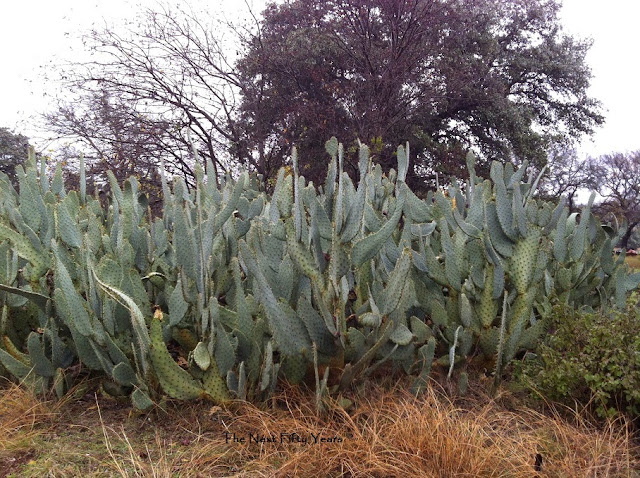 As we rounded a bend in the round, we noticed that all the trees were covered with frost. The temperature had been reading between thirty-four and thirty-five, but a glance at the car's thermometer revealed that the temperature had dropped to thirty. 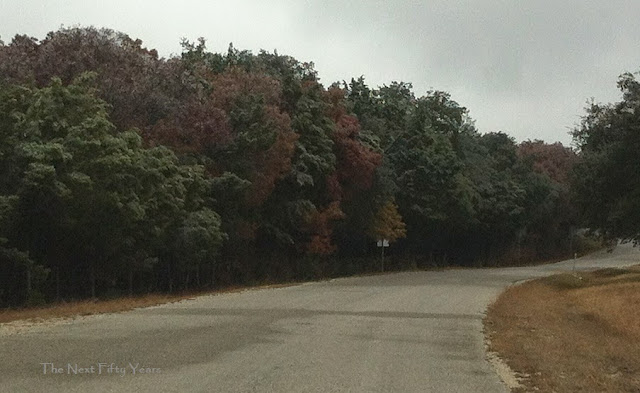 With the dense mat of trees crowding the road, we hadn't noticed that we were climbing until we topped a ridge and viewed the rolling hills below us. We had ascended the hill at just the right temperature to experience a microclimate. At the bottom of the hill, the temperature was above freezing again and there was no more frost. 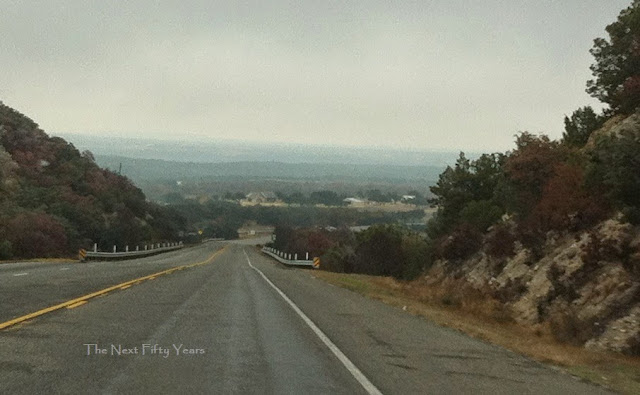 By Marti at 08 September 5 comments:

Forget the Joneses, I Just Want to Keep Up with the Laundry

Our new neighbor came over this evening bearing gifts - freshly made fudge. I can't even remember the last time I made fudge, not counting the time I forgot to put milk in the frosting recipe. This is the neighbor with the perfect house, perfect yard, perfect cars, perfect job.... you get the picture. Theirs is the house that I visit and come home feeling I need to stay up all night cleaning and decluttering, but then I look around my house and and am frozen in my tracks at the overwhelming amount of work to be done to achieve that level of perfection. So I live with imperfection.

And you know what he said? That they feel they need to keep up with the Joneses when they look over at our house. What???? (No, he hasn't seen inside my house.) I told him there was nothing to envy here. Forget the Joneses, I just want to keep up with the laundry. And I'll do that right after I finish off the fudge!

By Marti at 05 September 4 comments: 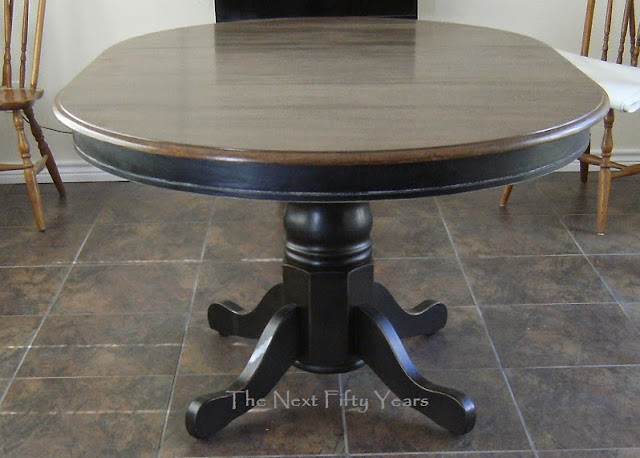 I bought an old table almost two years ago and began to refinish it.  I finally finished it this week.