I love Thursdays, the anticipation of the weekend, my favorite British tv shows, and a chance to visit with friends or family. Today has all of those! 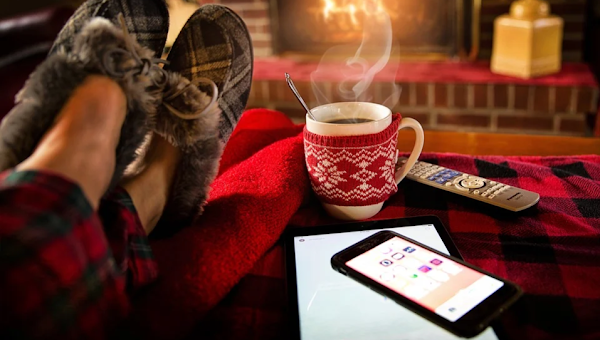 Free photo from Pixabay
Things I like this week:

Two joys in my life right now are stitching and reading (beside my family of course), and I have done plenty of both this week. Stitch by day, read by night. Other things go on in the background, but they are just that - background. I have the feeling that I need to get as much done as I can before something puts a halt to it. That halt is usually hay and garden season and it's almost time to start planting and fertilizing. But for now, my time is my own and I love it!

Hubby is taking a ham radio weekend so I am taking another stay-at-home sewing weekend. This is the second one this month. I could really get used to these.

One little thing that has brought joy into my life this week is something that is so insignificant that no one else would ever notice. A cat has started visiting us at night. I don't know how long it has been coming; one morning after a heavy rain, there were little muddy footprints all over the porch. Since then, I've been putting out a little food in the evening and most of the time, the food is gone in the morning.

Books I've read (not just this week):
I don't think I've talked about books before. I used to be a prolific reader, but that was BEP (Before Eye Problems) and now I'm doing good to read a book in a week. So far this year, I've read:

Killers of the Flower Moon by David Grann, a historical non-fiction. It is a story about the Osage Indian Nation of Oklahoma in the 1920's. They were among the richest people in the nation after oil was discovered under their land and then their people began dying. At first it seemed that the deaths were from natural causes, but as the number of deaths kept climbing, people began to wonder. Local police found nothing and finally federal agents were called in. These federal agents were to become the FBI.

This book blew me away. Living as close to Oklahoma as I do, having relatives in Oklahoma, and having a Chickasaw heritage, I was amazed that I had never heard this before. The author did extensive research, far more than the FBI did at that time, and what he uncovered is interesting, shocking, revealing, paranoiac, and horrifying. Through it all, I was impressed with the people, the Osage who lived through it and the federal agents who investigated despite the danger they faced from people who didn't want the truth uncovered.

Cherry Cheesecake Murder by Joanne Fluke, a cozy mystery. I have read other books in this series and with each one, I liked the author's writing style less and less. I reached my limit with this book. All of the books are written for adults, but written on a junior high (or younger) reading level. Her overly explanatory style may be fine for a ten year old, but she makes inferences to clues, makes a deduction, and then beats the reader over the head detailing how she reached the conclusion.

A Thousand Spendid Suns by Khaled Hosseini, historial fiction. This is first book I've read by this author and he is a gifted writer. It is the story of two women in Afghanistan who live through emotional and physical abuse, wars, political unrest, and suppression of women's freedom. And yet, they each found love and became stronger together. I hoped for, but didn't expect the ending for the younger woman, Laila. I read a review once of a Western Novel written by a woman and the reviewer said that a woman writer couldn't understand or describe a man's lack of emotion. This author however, totally understands the ebb and flow of women's emotions. His biography says that he came to America in 1980, well before the Afghan War, and yet, he writes about it as if he has personal experience. His descriptions made me feel like I was there, listening to the whistle of the bomb and waiting to see where it hit. As I neared the end of this book, I was torn whether to read faster and find out what happened to these women I had come to love, or slow down so the book didn't have to end so soon.

Things That Make Me Thankful:

My mother had surgery this week and got a pacemaker. She is already feeling better. She also has a friend who is struggling financially, and they worked out an arrangement so the friend will live with mom most of the time. And that makes me feel better.

My daughter is coming here today. She is only coming for one night and probably wants help moving from her apartment, but I am thankful she still wants to spend time with us.